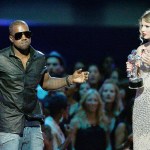 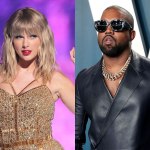 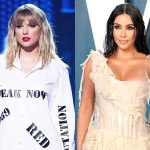 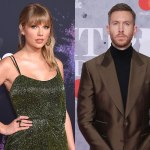 Taylor Swift is sad that Calvin Harris won’t be attending the MTV VMAs on Aug. 30. And it’s not just because the handsome Scottish DJ looks so good as her plus one. A source tells HollywoodLife.com EXCLUSIVELY that she’s bummed he won’t be her shield.

Miley Cyrus, 22, is hosting the upcoming VMAs on Aug. 30, and that’s bad news for Taylor Swift, 25, now that she and the Bangerz babe are feuding. Things went from bad to worse when Calvin Harris got into a Twitter war with Zayn Malik, 22, and dragged Miley and Taylor into it. So, how does the “Bad Blood” beauty feel about her knight in shining armor being on the other side of the world performing, instead of by her side at the big show — and what does she plan to do about it? Here’s what we know.

“Taylor is thrilled Calvin is the kind of guy that jumps to her defense. She was happy when he tweeted Zayn,” a source tells HollywoodLife.com EXCLUSIVELY  “But she knows it probably just gave Miley more reason to bash her. She wishes Calvin would be there with her to be her human shield.”

We aren’t surprised that Taylor is wishing for a little support from her handsome boyfriend — who knows how crazy Miley could get when she’s on that stage. A separate source revealed to HollywoodLife.com EXCLUSIVELY that Taylor should be expecting some VMA shade from the happy hippy. “Taylor is by far her biggest target and Miley is thinking of ways to subtly diss her. She loves the controversy and is upset that Taylor hasn’t said anything about it. There is bound to be sparks between the two of them that night.” Fortunately, Taylor has a plan of defense ready — her girl squad!

She wishes that Calvin could be with her at the awards show, but don’t worry about her being alone — she’s got more than enough friends to have her back. “Taylor would love to have all of her girls that did the “Bad Blood” video with her. Karlie (Kloss), Cara (Delevingne), Gigi (Hadid), Selena (Gomez), all of them,” an insider EXCLUSIVELY tells HollywoodLife.com. “And if she wins, she wants them to come up on stage with her. Taylor has more than enough awards to last a lifetime. She just wants to share the success with as many people as she can.”

How sweet is that? We think Taylor is so smart to keep the focus away from negativity. And having her friends with her will be all the shield she needs. Actually, considering what butt kickers they all were in the “Bad Blood” video, it’s more than she needs. Who knows, they may be even better protection for her than Calvin. But what do you think, HollywoodLifers? Who’s got Taylor’s back the most — her boyfriend or her squad?  Let us know!