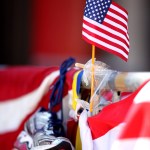 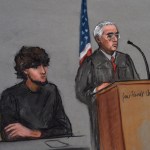 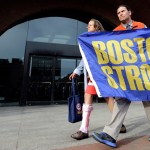 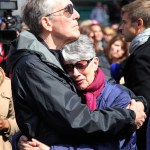 Dzhokhar Tsarnaev, the guy responsible for the horrid Boston marathon bombing in 2013, was sentenced to death. Now, his legal team is filing for a new trial to be held. Find out why.

Defense lawyers for Dzhokhar Tsarnaev, 22, claim he deserves a new trial in a different location where jurors will be impartial. During the court filing on August 17, Dzhokhar’s legal team claimed jurors in the city couldn’t be objective because of widespread outrage in the city after the disturbing and violent attacks.

“Put simply, prejudicial media coverage, events and environment saturated greater Boston, including the social networks of actual trial jurors, and made it an improper venue for the trial of this case,” the filing said.

Evidence of “continuous and unrelenting publicity” was presented at the filling. Along with a long list of public events held in honor of the victims, Dzhokhar’s legal team provided the court with evidence that the jurors were being flooded with social media posts from their relatives and friends making their own opinions less objective.

The filling ultimately claimed that the atmosphere ruined Dzhokhar’s constitutional right to an impartial trial. His lawyers would like for his guilty verdict to be overturned and for the court provide a new trial to determine his sentencing.

He was found guilty of all 30 charges against him on April 8 in connection to the 2013 Boston Marathon bombing that left 4 people dead and 264 injured. Of those 30 charges, a total of 17 came with the possibility of the death penalty, which Dzhokhar was sentenced to on Friday afternoon, May 15, in a Boston, Mass. courtroom.

HollywoodLifers, do you think it would be fair for Dzhokhar to get another trial? Let us know your thoughts in the comments below!