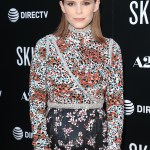 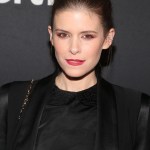 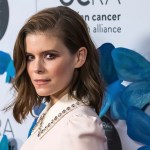 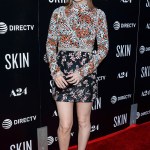 Southside Steve, host of Atlanta’s hit radio show, Rock Morning’s on Rock 100.5 with Jason Bailey, tells HollywoodLife.com that he’s truly sorry if he offended Kate Mara during a ‘Fantastic Four’ press day on July 30. Even though he questioned her for chopping off her hair and complimented her feet, he said he was being ‘genuine’ and it wasn’t a ‘stunt.’

If you live in Atlanta, then you know Southside Steve. The veteran radio host, famous for his hilarious jokes, daily celebrity news updates and widely discussed foot fetish, on Rock Morning’s 100.5 with Jason Bailey, wants Kate Mara, 32, to know he’s sorry if she took his comments as sexist. HollywoodLife.com spoke with the radio host who tells us that while the world may think he was being a sexist jerk during a press day with Kate and her Fantastic Four co-star Michael B. Jordan, that he was actually trying to ease the awkwardness in the room, once Michael answered his phone in the middle of their interview.

To give you a refresher, Steve’s comments that came under fire were about her new pixie hairstyle: “You’re way hot. Why’d you cut the hair? Your hair was beautiful. No, you look great in short hair or long hair and the long hair was excellent.” And also: “I’m a toe guy, your toes are fine.” Steve tells us that despite what you think, he really didn’t mean to offend Kate and that he was just trying to have a little fun, considering the actors seemed exhausted from their press day and Steve and Jason’s interview was one of the last.

“I want to apologize that she misunderstood me and I didn’t have enough time for my personality to come across in a 5 minute interview,” Steve tells HollywoodLife.com. “I want to apologize if she thought I was being sexist. I just loved her long hair and it was a shock that she cut 22 plus inches off. When Michael’s phone rang we all laughed and Kate said ‘Is it Snoop Dogg?’ and we said go ahead and answer it. At that point there was an awkwardness [in the room]. Once we realized it was one of his friends … at that point I thought it was safe to whisper across “just between you and I, I still think you are really hot with your short hair. I think you’re still hot and by the way great toes. It was a way to have a normal moment with her and that wasn’t even going to be part of the interview.”

Steve also tells us that the foot fetish is no joke, it’s real! “I do have a toe fetish! I didn’t go in to ambush Kate,” he says. “I do apologize if she misunderstood or thought that’s what I was doing. I love feet, women’s feet. I don’t think a man should show his feet unless in a shower or 1 mile within a body of water. I was 6-years-old when I realized [I had a toe fetish]. I was in kindergarten and I loved all little girls with their sandals and toes in their little shoes. Look at it this way, if a girl is a 9 and those are hard to come by, and her feet are jacked up, I could never go out with her. If a girl is a 7 and her feet are perfect … we have a chance.”

Someone who can truly attest to Steve’s character is his wife, Amanda Rickman, who also chimes in and tells us that although her husband’s jokes can come across a little awkward, he doesn’t mean any harm: “Steve truly is a champion of women. I promise you Kate, don’t worry, the first time I met Steve he stuck a finger in my shoe and I still married him. He truly is a sincere guy and didn’t mean to offend anyone, I promise.”

Steve tells us he’d love Kate to do another interview the next time she’s in Atlanta to patch things up and move on! “Life is too short for Kate and I not to work this out. She needs me to love her and her acting because right now I’ve never met anyone from Pittsburgh I didn’t like! The Steelers are my second favortie team. If we can’t make this right I don’t think I’ll be able to watch the Shooter again and I love that movie!”

HollywoodLifers, did you find Steve’s interview offensive or should Kate forgive him?