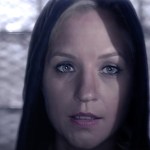 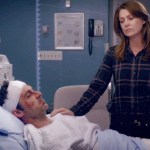 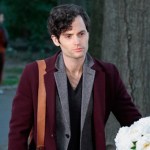 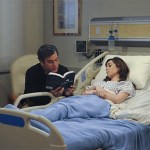 There are some TV plot twists that didn’t go over well with certain fandoms. From the big ‘A’ reveal on ‘Pretty Little Liars’ to Derek Shepherd’s death on ‘Grey’s Anatomy,’ we’re rounding up the 10 most jaw-dropping TV twists that have left fans reeling.

Sometimes TV shows don’t go where you expect them to. Shows have dropped shocking TV twists that fans were not a fan of. From the recent “A” identity twist on Pretty Little Liars to Dan Humphrey being Gossip Girl, we’re taking a look back at the TV turns fans didn’t see coming and left us like WTF?!

Pretty Little Liars — CeCe is “A”

After six seasons of blood, sweat and tears, fans learned that CeCe Drake is “A.” Yep, CeCe. Turns out, the blondie was born Charles DiLaurentis but transitioned into Charlotte, later taking on the name CeCe Drake to stay unknown. Fans were angry that a character we’d barely seen was revealed to be the character behind the madness all of these years. Confusion and more questions came up after the finale that left fans pissed. Seriously, why would CeCe knowingly date her own brother?! Gross.

We are still not over this. There’s just no way to justify Dan being Gossip Girl. Learning that Dan Humphrey, the outsider amidst the Upper East Siders, was the one behind all of the drama and backstabbing, was just beyond what fans could cope with. At the end of the day, Dan was so righteous and always had such a keen sense of justice in the world. We just don’t see how he was the one behind the laptop, hurting Blair and Serena over and over again by exposing secrets.

How I Met Your Mother — The Mother dies

After nine years of wondering who The Mother was on How I Met Your Mother, we found out she died! Tracy McConnell passed away, and Ted was just telling the story of The Mother to their kids after her death the whole time, spurning millions of HIMYM fans.

Seriously, how do you kill off Derek Shepherd? The doctor who made us swoon for so many seasons with his love for Meredith Grey and super suave hair met a grisly fate in season 11. Yes, just like Mark, Lexie and George, Derek is gone, and he’s not coming back. Needless to say, fans are still in mourning.

Meanwhile, Arizona and Callie went through the wringer together after the plane crash. Arizona’s foot was amputated, and she was in a dark place. Shockingly, Arizona cheated on Callie with Lauren (a.k.a. Peyton Sawyer).

Game of Thrones pulled a Game of Thrones in the season five finale. In the show’s final moments, Jon Snow was brutally stabbed by the men of the Night’s Watch. While we held out hope that Jon Snow could have somehow survived the finale, but the show’s director and Kit Harington have confirmed that Jon Snow DIED. Fans were furious that one of their favorite characters and never wrapped up his story. (Jon Snow’s true parentage, duh!)

Downton Abbey — Sybil and Matthew get killed off

Fans lost Sybil and Matthew in the same season. It was just so shocking and more than fans could take. Matthew died just hours after his son was born in a tragic car accident, while Sybil passed away after delivering a healthy baby girl. Julian Fellowes, the Downton Abbey world will never forgive you.

Family Guy — Brian dies (and then comes back)

Everyone was shocked when Family Guy killed off the beloved family dog, Brian. Fans weren’t just mad, they were outraged. Thankfully, he was revived, likely because of the intense public outcry over Brian’s death. There are just some characters you don’t kill off.

Pretty much every Dexter fan had a problem with the show’s series finale. Dexter left his family behind and became a lumberjack. An actual lumberjack. After eight years with Dex, fans just wanted… more.

Everyone was like WTF when Buffy died in the season five finale. It was just so shocking. This was back when there was no Netflix-type series, so fans had to wait months to find out whether Buffy would be coming back. She did, but it didn’t ease the pain or the anger of the fans who thought Buffy could be gone for good!

HollywoodLifers, which TV twist were you NOT a fan of? Let us know your thoughts in the comments below!