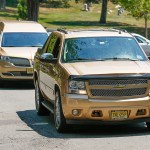 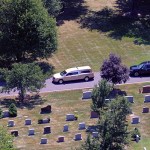 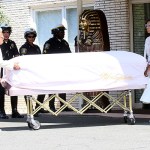 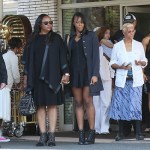 Dionne Warwick and more of Bobbi Kristina’s family arrived to say their last goodbyes to the 22-year-old at her burial service on Aug. 3 in Westfield, New Jersey. Bobbi Kristina’s final resting place will be beside her mother, Whitney Houston, at Fairview Cemetery. Click to see the photos.

Bobbi Kristina Brown’s family paid their last respects at the burial service for the 22-year-old on Aug. 3. Dionne Warwick, 74, Pat Houston, 55, Bobby Brown, 46, and more of Bobbi Kristina’s loved ones watched as the 22-year-old, who died July 26, was laid to rest at Fairview Cemetery, right beside her mother, Whitney Houston, who passed away in 2012.

Just like her funeral, Bobbi Kristina’s burial was attended by her loved ones. Bobby Pat, Dionne, Cissy Houston, 81 and more family members were graveside for the service. Pallbearers wore pink Converse sneakers and belts around their waists, PEOPLE reports. The burial service ended just after 1 p.m. Bobbi Kristina’s casket was driven to Whigham Funeral Home in Newark, New Jersey in a golden hearse shortly before the service.

HollywoodLife.com learned EXCLUSIVELY that Bobby and more members of the family were struggling at the burial service. “Bobby is obviously and understandably struggling,” a source told us. “He seemed really out of it and was mumbling to himself and walking around like he was lost. Many of the guests were even concerned about him. It was a very somber mood today. At least three or four of Bobbi Kristina’s family members were so distraught and emotional they got light-headed and almost fainted — having to be taken care of by others. Almost everyone was crying their eyes out throughout the entire ceremony.”

Bobbi Kristina’s burial comes just two days after her Aug. 1 funeral, which took place at St. James United Methodist Church in Alpharetta, Georgia. The Sweet 16-themed funeral was attended by both the Houstons and Browns. Celebrities like Tyler Perry, 45, Monica, 34, and Michael Jai White, 47, also paid their respects. Reverend Michael McQueen, served as the pastor for the service. He read prayers from the Bible and tribues and a eulogy followed, Daily Mail reports.

Leolah Brown, Bobby Brown’s sister and Bobbi Kristina’s aunt, was kicked out of the ceremony after she started yelling at Pat during the funeral. Tyler escorted her out of the church. In the funeral program, Bobby reportedly wrote this message to Bobbi Kristina: “I also will always love you.” After the funeral, Bobby was seen overcome by grief. He broke down in his car, according to photos.

Unfortunately, the family has been hit with another heartbreaking possibility. A photo of Bobbi Kristina’s dead body was allegedly taken at her July 31 wake and has been sold to a media outlet for more than $100,000. The Browns feared that something like this would happen as the family said their last goodbyes to Bobbi Kristina. While Bobbi Kristina was still in hospice, a family member allegedly tried to sell a photo of her on her deathbed. Bobby vowed to get justice for Bobbi Kristina over the alleged photo.

Our thoughts and prayers remain with Bobbi Kristina’s family during this difficult time.