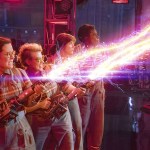 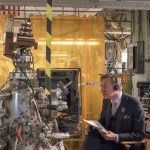 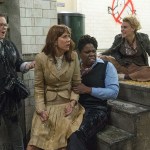 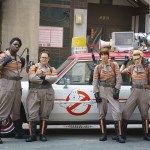 What a great surprise! The new ‘Ghostbusters’ cast, including Kristen Wiig, Melissa McCarthy and more, dropped by a children’s hospital in Boston to visit sick patients during a break in filming. So sweet!

Who ya gonna call? Well, if you’re the Tufts Medical Center, it’s the all-female cast of the Ghostbusters! Kristen Wiig, 41, Melissa McCarthy, 44, Kate McKinnon, 31 , and Leslie Jones, 47, took time out of their busy filming schedule to visit sick patients at the children’s hospital in Boston. And look how much happiness they brought!

Dressed to the nines in their full Ghostbusters get-up and their customary proton packs, the girls dropped in to several hospital rooms and surprised patients and their families. The ladies even checked underneath all the beds to make sure that the coast was clear and all spooks were accordingly dealt with. How funny!

“They were a true delight to have today,” Brooke Hynes, VP of Public Affairs and Communications for Tufts Medical Center, told E! News regarding their hospital visit. “They were so kind to all the kids and their parents.” She added: “They took their time in each room visiting children as young as a few months to teens. We cannot thank them enough for their happiness and excitement they created.”

How did this all come about? Well, it turns out that the kids at the hospital spied the cast and crew filming scenes outside and put up a banner in the window that said, “Who ya gonna call?” After they caught a glimpse of the sign, they came in to say hello!

Meanwhile, fans of the ’80s classic will be delighted to know that one of the original cast members, Dan Aykroyd, 63, WILL be making a cameo in the reboot directed by Bridesmaids director, Paul Feig. In a tweet he later deleted, Dan wrote, “On GB set shooting my scene with funny beautiful Kristen Wiig lady GB’S are adorable, hilarious and badass Exhilarating! #ghostbusters.”

This is one movie we can’t wait to see when it drops on July 22, 2016. But what do you think of the cast’s kind gesture, HollywoodLifers? Let us know!