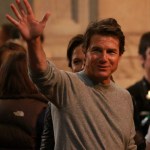 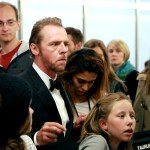 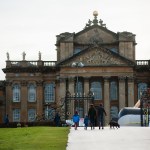 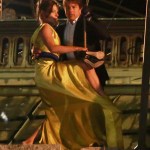 Another day, another sequel in theaters — but is this one better than the others? The reviews are out for Tom Cruise’s newest blockbuster, ‘Mission: Impossible — Rogue Nation,’ the fifth film of the series. So, should you head to the theaters?

Hanging off the side of the plane? We’re in! Mission: Impossible — Rogue Nation is about to come plummeting into theaters and with director Christopher McQuarrie running the game, we’re actually hearing that this sequel may surprise you for the better. But when you combine Jeremy Renner and Tom Cruise, could you expect anything less? Well, here’s what the critics are saying.

It’s a dynamic that applies to the film as well: If the robust commercial performance of 2011’s “Mission: Impossible — Ghost Protocol” made a follow-up inevitable, then luck turns out to be very much on the side of this unusually spry and satisfying fifth entry, which finds the surviving members of the Impossible Missions Force trying to neutralize an insidious global threat, while struggling to convince their skeptical overlords that there is such a threat to begin with. The result is an existential quandary that writer-director Christopher McQuarrie negotiates with characteristic cleverness and a sly respect for the sheer durability of genre; at once questioning and reaffirming the pleasures of cinematic espionage, this is the rare sequel that leaves its franchise feeling not exhausted but surprisingly resurgent at 19 years and counting.

I guess my point is that rival action thrillers would kill to have one of the intricate, physically demanding and just plain damn cool set pieces that I’ve briefly described above. Mission: Impossible – Rogue Nation has a half-dozen, at least, and they’re all connected by a taut, menacing spy plot conceived and executed by the intelligent action director Christopher McQuarrie. (He did Jack Reacher with Tom Cruise, and if you haven’t seen that yet, you are missing out.)

This knockout sequence, in which Cruise fires up everything he has as actor and athlete, shows that Mission: Impossible still has gas in its tank even when its engine sputters.

Mission: Impossible Rogue Nation is another superb installment of a shockingly consistent action franchise. By turning the series into something of a director’s sandbox, with each new filmmaker basically making their version of a Mission: Impossible movie, Cruise and company have crafted a long-running franchise where every new installment feels like a wholly fresh motion picture. Hollywood has been looking for the “American James Bond” for decades on end, yet such a concept has been sitting under their noses the whole time.