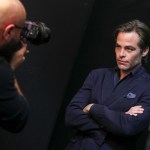 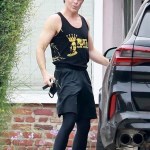 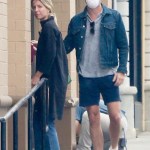 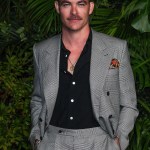 ‘Wonder Woman’ has found its leading fella! Chris Pine has officially been confirmed to star opposite Gal Gadot in the upcoming movie!

Get ready to swoon! In Warner Bros.’ Wonder Woman, which will hit theaters on a still unknown date in 2017, Chris Pine will romance Wonder Woman herself, who will be played by relative newcomer Gal Gadot. Better yet, Chris signed a deal which has him on board for a ton of future WW projects for years to come including sequels and appearances in other DC films!

Chris will play Steve Trevor in the film, according to The Wrap. Apart from that, very little info is available about his character, other than the fact that he will be romancing Wonder Woman, also known as her real life persona, Diana Prince.

We do know that Chris’ involvement in the film is now official, and the deal which he signed includes opportunities for sequels, according to insiders. While plot details are of course scarce (okay, like, nonexistent), we have every reason to believe that Chris’ duties in the film will not be limited to Diana’s love interest, and he will be caught up in plenty butt kicking action as well.

Speaking of kicking butt, Chris has been doing a whole lot of it lately, scoring major role after major role. He’s currently at work on the sure to be huge, Stark Trek Beyond, and he’s also appearing in the highly anticipated Netflix series, Wet Hot American Summer: First Day of Camp, which hits the streaming site on July 31. He also just completed filming on The Finest Hours, a Disney drama about the Coast Guard, in which he’ll star alongside Jeff Bridges and Ben Foster.

Factor in this major part in Wonder Woman, and it’s safe to say Chris has a busy few years ahead of him– and we are all for it!

Do you think Chris will make a good love interest for Wonder Woman or is there someone else you think is better suited?