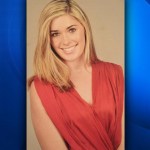 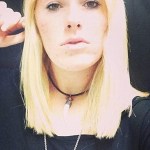 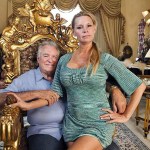 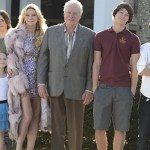 So sad. Victoria Siegel’s autopsy report was released on July 29, and it reveals the 18-year-old ‘Queen of Versailles’ star, who tragically died on June 6, overdosed on methadone and an antidepressant. Plus, the Medical Examiner made another shocking discovery. Find out here.

Queen Of Versailles star Victoria Siegel, 18, was pronounced dead on June 6, and now, nearly two months later, her cause of death has finally been revealed. Victoria died from “acute methadone and sertraline toxicity,” according to the autopsy report. Essentially, she overdosed on methadone, which is used for pain treatment, and Sertraline — also known as Zoloft — which treats depression. But there’s also more to the Medical Examiner’s findings.

As HollywoodLife.com previously reported, Victoria struggled with an addiction to prescription drugs, which she had initially started taking for a seizure condition. She completed a rehab program two weeks before her death. “Unfortunately she became dependent and struggled with this condition,” the family’s spokesperson, Michael Marder, told PEOPLE. “She voluntarily underwent rehabilitation and was working hard to address this problem.”

At the time of her death, the family allegedly suspected Victoria overdosed, but they were unsure of which drugs she ingested or how she got them, the magazine claims. Hopefully now, with the results of the autopsy report, they can find some sort of peace.

Victoria was found unconscious at her family’s Orlando, Florida, home while they were away. She was raced to the hospital, but pronounced dead soon thereafter.

Our thoughts continue to go out to Victoria’s friends and family during this difficult time in their lives.