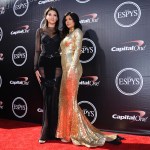 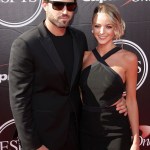 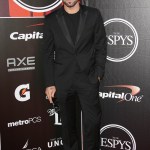 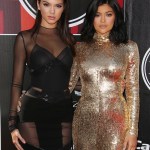 Even though Kris Jenner fully supports her ex’s transition into a woman, the reality star has no plans to appear on Caitlyn Jenner’s new show, ‘I Am Cait’. The momager has no desire to ‘play second fiddle’ to the father of her children, HollywoodLife.com has EXCLUSIVELY learned.

Don’t expect to see Kris Jenner, 59, making any appearances on the new season of I Am Cait. In fact, if her introduction to Caityln Jenner, 65, is televised, it will be on her own show, Keeping Up With The Kardashians, an insider tells Hollywoodlife.com EXCLUSIVELY.

“Kris has absolutely no desire to make an appearance on I Am Cait. First off, she doesn’t want to play second fiddle to her ex. Second, if she does appear with Caitlyn on TV, it will be on HER show — it will be on Keeping Up With The Kardashians,” an insider tells HollywoodLife.com EXCLUSIVELY.

Kris Jenner On ‘I Am Cait’? — Why She Refuses To Appear On The Show

As HollywoodLife.com previously reported, Kris can’t bear to meet Caitlyn, at least not just yet! “Kris isn’t at a place yet where she wants her first meeting with Caitlyn to be televised. The whole thing is still so out of her comfort level. This is the person Kris was married to and had children with. Interacting with Caitlyn is not something she’s come to terms with,” an insider told us EXCLUSIVELY.

In fact, Kris’ main priority right now, other than her kids, is her new love Corey Gamble! “Corey has become her new focus. I think Kris still feels like the world is judging her for how she treated Bruce in the marriage, and asking questions like ‘How could you have not known?’ Her ego is still bruised in a major way. She’d just rather move on and focus on her new relationship. She’d rather people focus on her and Corey and just be left out of the whole Caitlyn thing,” the source explained.

What do YOU think, Hollywoodlifers, should Kris show her support for Caitlyn and make an appearance on her new reality show? Tell us what YOU think!