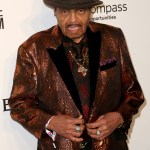 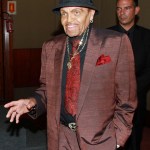 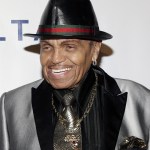 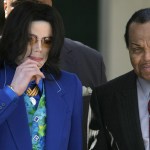 Joe Jackson, the Jackson family patriarch, has been hospitalized after suffering a stroke while visiting Brazil for his 87th birthday. He is currently in intensive care.

Joe Jackson, the family of Janet Jackson and the late Michael Jackson, was admitted to a hospital in Brazil on July 26, his 87th birthday, after suffering a stroke. He is still in the hospital and currently in the intensive care unit.

Albert Einstein hospital in Sao Paulo released a statement that said Joe was admitted on the afternoon of July 26, and he is still in intensive care, according to the Associated Press. The statement also revealed that Joe was suffering from an irregular heartbeat. He woke up feeling dizzy with no vision, TMZ reports.

Joe was in Brazil to celebrate his 87th birthday. Photos were posted to his website about his stay in Brazil. “Nothing but love from Brazil,” he captioned one of the photos. “Sao Paulo is showering me with love and kindness.”

Doctors are currently running tests and trying to decide if Joe should be flown back to the U.S. for further treatment, according to TMZ.

Back in 2013, Joe gave a rare interview to Piers Morgan about raising his children. Over the years, many believed Joe was too strict a parent and went too far by physically disciplining his kids. “I’m glad I was tough, because look what I came out with,” he said in the interview. “I came out with some kids that everybody loved all over the world. And they treated everybody right.”

Our thoughts go out to Joe Jackson and his family during this time. We are hoping for a full recovery.