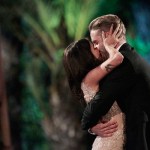 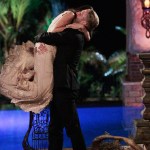 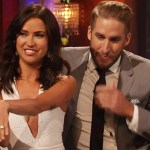 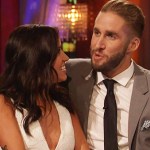 As always, ‘After the Final Rose’ was full of drama — and since Nick Viall was there, that was really really intense. As we saw last time he was on it, he calls people out and is very honest; this time wasn’t any different.

Nick Viall had a lot to tell Kaitlyn Bristowe — they met each other far before The Bachelorette began, so what happened? What went right and what went wrong? Well, allow her to explain.

When Kaitlyn and Nick finally came face-to-face again after she broke his heart by choosing Shawn Booth, the first thing he wanted to know was why she told him that she loved him — something we didn’t really know. We never saw her say that to him on the show.

“Looking back, I think the toughest parts for me, [was] we said ‘I love you’ to each other toward the end and obviously I took that to heart,” Nick said — and Kaitlyn’s eyes said a lot in that moment. “What were you thinking when you said that?” Kaitlyn’s answer was basically that even with Ben H., sometimes she felt “love” for him too — but at the end, her love for Shawn was the strongest and “that is the only explanation.”

It didn’t stop there. Nick also asked her why she would let him go on and on when getting out of that final limo on the last night — or even get to that point — when she knew that she was choosing Shawn. He did bring up a good point that Chris Soules had led her on to the last second during his season – so how could she do that? Well, that she couldn’t really answer; she said maybe there was a better way to go about that. You think?

However, there’s no bad blood — Nick  even interrupted Chris Harrison at the end to make sure he told Kaitlyn he wishes her the best.

During the AFTR, Chris also had Shawn come face to face with Nick to finally have it out and well, we’ve got to say, it was pretty civil for a man who couldn’t even say the other’s name. They didn’t hug it out, but hey, they shook hands.

Do you think that Kaitlyn shouldn’t have told Nick she loved him, HollywoodLifers? Let us know!