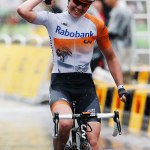 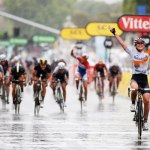 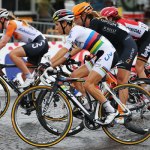 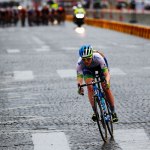 Paris, here they come! Tour de France wraps up on July 26, and there’s so much action to look forward to! The annual bicycle race will end with the traditional promenade to Paris, and it’s something you definitely don’t want to miss. WATCH the live stream here!

Are you ready? Tour de France, will be finishing up on the iconic Champs-Élysées for the 40th time in Tour de France history. The final 68 miles of the grand race begins in Sevres, as the participants complete 11 laps of the iconic route on Stage 21. Winning on the Champs-Élysées is one of the highest honors! So who will it be? Watch the live stream here so you don’t miss a minute of the action!

Stage 20 in the mountainous Alpe d’Huez proved to be one of the most challenging stretches yet, and there’s a ton of momentum going as the participants next make their way into Paris. You can WATCH the Livestream on your mobile device using the NBC Sports Live Extra app or with a subscription to NBC’s Tour de France web package.

Andre Greipel has been a topnotch sprinter in the race this year, while Mark Cavendish is another fan favorite. Andre has won three stages, and would become the third consecutive German rider to win four stages including the final stage on the Champs. Meanwhile, Mark has won the final stage four years in a row and is aiming to win it his fifth year too. There are also key players like Peter Sagan, who has won his fourth green jersey, but still has yet to go home with a stage win.

In order for 2015 to make its mark on history, Chris Froome, the leader of Team Sky, will need to be challenged. He is 2:38 ahead of Nairo Quintana, but Chris has been favorited to be the winner. Who knows what can happen!

HollywoodLifers, will YOU tune into the Tour de France? Who are you rooting for? Let us know!