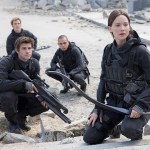 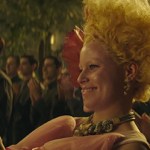 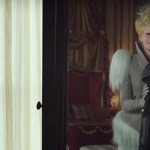 Wow — we almost still can’t believe our eyes. Katniss and her crew have gotten our blood pumping yet again with the release of a brand new ‘Hunger Games: Mockingjay Part 2’ trailer. So. Freaking. Epic.

Obvi, we have really high expectations for The Hunger Games: Mockingjay Part 2 — because, well, the first three were literal perfection. And from the looks of this new preview, Katniss (Jennifer Lawrence) is ready to take down Snow — with the help of her men, Peeta (Josh Hutcherson) and Gale (Liam Hemsworth), and you guys — there’s a kiss.

This Girl on Fire is, well, totally on fire once more! In the oh-so-exciting new trailer for final chapter of The Hunger Games, we see Jennifer serve major sass and full-on superhero as our fave heroine of all time, Katniss. Her main mission? Getting back at Snow, who must “pay for what he’s done.” One way or another, the war is going to finally come to an end.

While we just can’t wait to see Miss Lawrence kick ass as Katniss, we are also thrilled to watch one of Phillip Seymour Hoffman‘s last performances before his tragic 2014 death — and of course, catch a view of all the man candy that is Peeta and Gale.

J-Law was kind enough to recently treat fans to a 44-second teaser vid via her official Facebook page on July 8. In the clip, Katniss rocks a red catsuit/ cape combo, looking ready to annihilate anyone in her way as she continues to fight on for District 12. Giving her best power stance atop a statue honored to the poorest district, featuring the iconic three-finger salute. Sooo many chills. To watch, click HERE.

A first trailer for the film was officially released on June 9, leaving us wanting even more — so thankfully the cast blessed us with a bigger sneak peek today! Katniss is clearly ready to get revenge on Snow pay for all the corruption he’s caused. As in like, she’s willing to destroy the capital. Yep, it’s definitely war. You can watch the first trailer HERE.

HollywoodLifers — what do YOU think of the new trailer for Mockingjay Part 2? Let us know your thoughts!