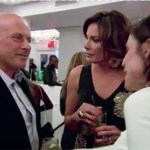 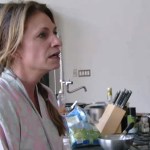 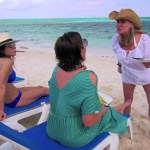 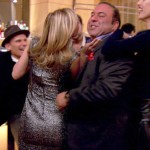 Carole Radziwill must have been acting totally ‘uncool’ during the ‘RHONY’ Season 7 reunion taping because Luann de Lesseps almost got physical with her. In fact, Carole said Luann ‘lunged’ at her during a heated debate over Adam Kenworthy. Find out all the details!

The Real Housewives of New York City‘s Luann de Lesseps almost came to blows with Carole Radziwill during the Season 7 reunion taping on July 7, a new report claims. Things got so heated that Luann “lunged” at Carole. No joke. Apparently, money can’t buy you class.

The quarrel allegedly started when Luann, 50, accused Carole, 51, of stealing her niece’s ex-boyfriend, Adam Kenworthy. When Carole reminded Luann of her hot hookup with a married man in Turks and Caicos, the singer freaked.

“Luann lunged at me because she couldn’t take hearing the truth about her own bad girl behavior,” Carole told Us Weekly of the on-set fight. Then, she referenced Luann’s 2010 song, “Money Can’t By You Class,” by saying, “If elegance is learned, then she needs to go back to school!”

Heather Thomson, who reportedly won’t return for Season 8, also jumped in on the action and defended Carole. Bethenny Frankel chimed in as well, but she was on Team Luann.

“Heather said to Luann, ‘If you were really bothered by Carole and Adam you would have said something when you saw them snuggling up that night they met at your house,’” a source told Us Weekly. “She noted that they were clearly feeling sparks, but if LuAnn had said back off, Carole would have.”

Heather then went after Bethenny. “Heather snapped at her for constantly interrupting everyone with her commentary,” the source further explained. Heather also told Bethenny she couldn’t listen to her talk anymore. “Bethenny said, ‘I’m tired of me, too,’ and admitted she’s annoying,” the source added.

Despite how dramatic the reunion seems to have been, Ramona Singer reportedly became super bored during the 12-hour taping. “She fell asleep on the couch and Andy Cohen had to wake her up!” the source told the magazine. We have a feeling we won’t be bored. It seems like someone was just bitter the attention wasn’t on her.

What do YOU think, HollywoodLifers? Whose side are you on? Vote in our poll and tell us how you feel!