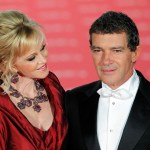 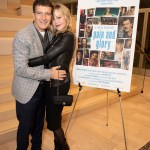 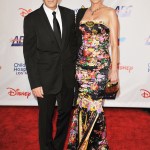 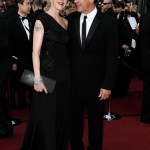 Another Hollywood couple is finished! Melanie Griffith and Antonio Banderas reportedly finalized their divorce. After filing in 2014, the couple reportedly has finished all the necessary documents to make their split official!

Can love survive in Hollywood? Another long-lasting couple has officially broken up! Melanie Griffith, 57, and Antonio Banderas, 54, have reportedly finalized their divorce papers. The two had separated in 2014 and now, they reportedly have officially ended their marriage after spending nearly 20-years together as husband and wife!

The now-former couple has reportedly taken the final steps to dissolve their marriage, reports TMZ. The two filed for divorce in June 2014, and have reportedly been negotiating all the details since then. Right now, Antonio and Melanie reportedly need to get a judge to sign on the dotted line to make everything official!

How sad. At the time of the filing, Melanie was reportedly asking for full custody of their daughter, Stella. However, that issue resolved itself with Stella turned 18. Along with custody, she looking for spousal support from her now-ex husband.

The split was reportedly amicable. This marks the third time that Melanie has been divorced, as she was married twice to Don Johnson in the past. She and Don have one daughter, Dakota Johnson. After Don, Melanie married Steve Bauer, and they had a son, Alexander. For Antonio, this is his second divorce, as he was married to Ana Leza from 1987 to 1995.

Antonio and Melanie started dating while shooting Two Much in 1995. They married in a private ceremony in 1996. Sad. They almost made it 20 years together. While we’re bummed to see this long-term marriage come to the end, we wish the best for Antonia, Melanie and their daughter, Stella, as they go forward with their lives.

Blake Shelton & Miranda Lambert Get Divorced After 4 Years Of Marriage

It’s been a rough week for romance. Not only have Khloe Kardashian and Lamar Odom finalized their long-delayed divorce, but country music’s star couple, Blake Shelton and Miranda Lambert, divorced after four years together! With these break ups coming after Jennifer Garner and Ben Affleck splitting, love in Hollywood has taken its lumps as of late!

Are you sad to see Antonio and Melanie finalize their divorce, HollywoodLifers? Or do you see this as a chance for them to move on to better things?