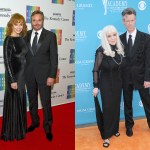 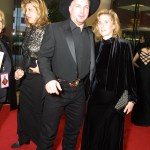 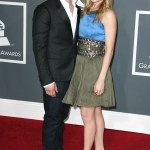 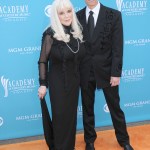 So sad. Everyone thought country music cuties Miranda Lambert and Blake Shelton would last forever. Unfortunately their marriage is ending in a heartbreaking divorce like a few other memorable country romances.

The world received shocking news when Miranda Lambert, 31, and Blake Shelton, 39, announced their divorce after four long years of marriage. Sadly, they aren’t the only country music couple whose loving relationship was ended with a heartbreaking split. Here are five other country music couples whose love couldn’t last forever.

No one could believe the news when Blake and Miranda confirmed their relationship is ending July 20. “This is not the future we envisioned and it is with heavy heart that we move forward separately,” the couple said in a joint statement. “We are real people, with real lives, with real family, friends and colleagues. Therefore, we kindly ask for privacy and compassion concerning this very personal matter.” There are many factors that go into deciding to divorce and for the country couple, their successful careers was one of them.

Apparently Miranda’s growing popularity changed her for the worst. “The divorce definitely has to do with how their careers changed their attitudes,” a source told HollywoodLife.com EXCLUSIVELY. “Miranda really changed the more popular she has become and Blake has stayed the same. They used to be perfect for each other but now they are oil and water.” So sad! While that was just one of the reasons for their split, other couples in country music broke up for other reasons.

Take LeAnn Rimes, 32, and her ex-husband Dean Sheremet, 34, for example. These two didn’t go their separate ways because fame changed LeAnn, it was because of her infidelity, according to Dean. He revealed in an interview with US Weekly in 2010 LeAnn straying strained their relationship. “I knew, and know, her better than anyone in this world,” he said. “I was blindsided and shocked that she of all people would do this to the closest person in her life.” The couple was married for eight years from 2002 to 2010.

Other couples like Trace Adkins, 53, and his ex-wife Rhonda Adkins, got divorced after 17 years of marriage. Although Rhonda cited irreconcilable differences her reason for wanting a divorce, some believe Trace’s alcohol addiction may have played a part in this move. Whatever the reason for breaking up may be, we wish Miranda and Blake the best in their futures without each other.

HollywoodLifers, are there any country couples you wish would last until the end of time?