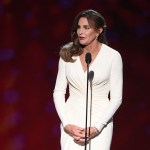 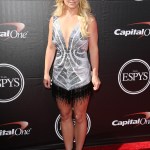 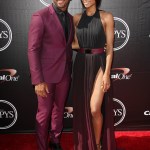 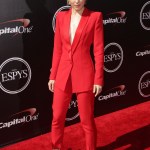 After an inspiring night at the ESPYS on July 15, Caitlyn Jenner is still getting backlash for receiving the Arthur Ashe Courage Award. A driver involved in the fatal Feb. 7 car crash that also involved Caitlyn, expressed her disapproval of the former athlete’s award.

Jessica Steindorff, one of the drivers involved in the fatal car crash that involved Caitlyn Jenner in February, isn’t one of Caitlyn’s many supporters. Jessica actually attended the ESPYs where Caitlyn received the prestigious award, but she issued a statement to ET regarding her frustration about Caitlyn being honored after taking someone’s life.

As of July 16, it’s still a debate whether Caitlyn was at fault for the Feb. 7 accident. With the question still standing, Jessica can’t wrap her head around praising someone who may have been the reason for a fatal crash. “I find it difficult to understand how the culture we live in can honor a person who is responsible for taking a life and injuring several others with both an award and a reality show,” Jessica told ET. “For an individual who is such a positive role model in many aspects of her life, Caitlyn has failed to do the right thing and take responsibility for her actions.”

In the midst of her transition and public debut, Caitlyn hasn’t been very vocal about what happened on that tragic day. She gave an inspiring speech while accepting her award, asking for acceptance and understanding of every human being — but there was no mention of what happened back in February. “I would hope that someone who seems to greatly value the importance of human existence would be more sensitive to the fact that she ended another person’s life,” Jessica added. “Sadly we are living in a tabloid society.”

Unfortunately for Caitlyn, this isn’t the first instance of crash victims coming forward. In April, the stepchildren of Kim Howe (the woman who was killed in the accident) reportedly hired lawyers to get the ball rolling on a wrongful death lawsuit against Caitlyn. As the investigation continued, the Major Crimes Unit of LA got involved in June. There’s no telling when this case will be resolved, but everything that has happened so far has to be weighing pretty heavily on Caitlyn — even with all of the ESPY Awards excitement. Whatever happens, we hope Jessica and Caitlyn get the resolutions they are hoping for.

Do you think Jessica’s statement is fair, HollywoodLifers?