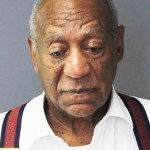 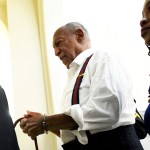 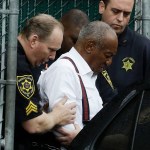 Bill Cosby has lost yet another fan! Former ‘Cosby Show’ costar Joseph C. Phillips is letting the world know he’s not on Bill’s side — writing an essay about the comedian’s scandal.

More and more women have come forward accusing Bill Cosby, 78, of sexual assault. Joseph C. Phillips, 53, who played son-in-law Lt. Martin Kendall on The Cosby Show, has now become the first of Bill’s co-stars to speak out against the disgraced comedian, writing on his website Monday, July 13 about Bill’s “definite” guilt. Joseph talked extensively about the allegations against Bill in his essay, entitled “Of Course Bill Cosby is Guilty!” Tell us how you really feel, Joseph!

Joseph feels very strongly that Bill is guilty of his crimes — sexually assaulting more than three dozen women by spiking their drinks with quaaludes, dating back as far as the 1980s — and he took to his personal website to write a lengthy piece on the matter (which he also discussed on CNN). That probably took a weight off his chest! Joseph spoke about how Bill was his “boyhood idol” and a large influence on his life, but that Bill wasn’t the one who exists now.

While it was “common knowledge” that Bill cheated on his wife, Camille Cosby, while The Cosby Show was on the air, Joseph was at first skeptical about the sexual assault allegations. Bill was, after all, someone he knew and trusted, and his childhood hero! However, speaking to an actress friend about the matter, and seeing her reaction, cemented his belief that Bill’s guilt was real.

“Through tears, she told me her story. She cursed him for violating both her trust and her body. She cursed herself for not being smarter, and for degrading herself in pursuit of success,” Joseph said. “”I was also angry at myself for falling for the okey-doke, of putting Bill on a pedestal.”

What a terrible thing to find out. Joseph is adamant that Bill is guilty, and after seeing his court documents unsealed, it has only furthered his beliefs. What should happen next now that everyone has seen “the dark side to the Cos,” as Joseph calls it? He thinks Bill should go away and just “live a quiet country life.” That sounds like a pretty good idea to us.

HollywoodLifers, what do you think about what Joseph wrote? Tell us in the comments and be sure to take our poll.