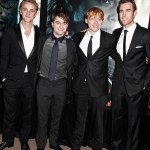 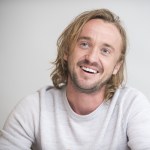 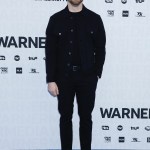 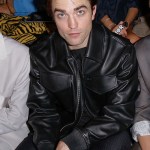 What would you do if Daniel Radcliffe showed up at your office? Some unsuspecting magazine employees got a major surprise when the star filled in as a receptionist for an hour — watch the funny video here!

Daniel Radcliffe may be a wizard on screen, but he met his match while playing front desk guy in Nylon‘s office! The receptionist for the magazine, Lauren Adler, had him temporarily fill in to prank her coworkers a few weeks ago, and they caught part of his hilarious stint on film.

None of the employees were informed about Daniel’s guest appearance, which made for an even funnier prank. Some people didn’t even recognize him, and some couldn’t believe their eyes — can you say fangirls?

Daniel told visitors and employees that he is “preparing for his next role at the moment,” but he made it clear that this role was not a receptionist one. “It’s already proving to be the hardest thing I’ve ever done,” he said with an adorably terrified look on his face.

When employees and visitors requested something, he replied, “I’m not sure I can help you out, you might want to come back when someone more experienced. Unless you need a bathroom key, I’m pretty much out of options.”

The desk camera also caught some of Daniel’s priceless quotes while no one was around, including his under-the-breath mumbling, “Don’t come in, don’t come in, don’t come in,” every time someone would come near the door. He looks like a lost puppy trying to help everyone out—we hate to see him struggle, but he was a pretty great sport while taking part in the practical joke!

After his long, eventful hour of “work” (and a surprise cameo from Joe Jonas!) it seemed like Daniel enjoyed himself, but he was definitely glad to get back to the acting world.

“I can’t like the stress of this! I don’t know how you f—ing do this,” he told Lauren. “People come in and you need to know what they need. It’s terrifying!”

As much as we would love for Daniel to work in our office, we’re just as satisfied watching him on the big screen doing the job he does best!

Do you think Daniel pulled off the receptionist prank, HollywoodLifers? Would you want him to work in your office? Tell us below!