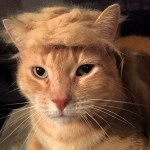 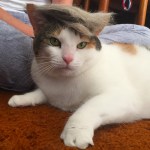 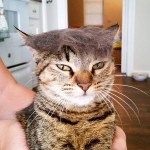 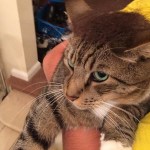 Donald Trump haters are really starting to get creative! The latest trend in ragging on the presidential candidate is something a little hairy — Trumping your cat! Molding your cat’s hair to match Trump? Hilarious!

Donald Trump, 69, is really known for one thing over anything else: his insane, unruly strawberry-blonde combover! Trump Your Cat is the new craze among pet owners, in which cats get their own little toupees modeled after Trump’s own hair. The result is hilarious — and a little eerie. Donald, when did you get so absolutely feline?

The concept of trumping your cat is pretty simple, according to Donald Purrump’s Instagram account: “1. Brush your cat 2. Form the hair you brushed into a toupee 3. Place toupee on cat 4. Share & tag @trumpyourcat, DM, or #trumpyourcat.” Easy as that!

Now your kitty cat is ready to head the polls in the 2016 GOP race or get fired as the host of Celebrity Apurrentice! Who knew that just brushing and grooming your cat could make them look so much like Donald! Some amused fans participated in the trending topic too, even though they don’t have cats of their own — we see you, Donald the pony and Donald the gerbil!

The Many People Mocking Donald

Cats (and ponies and gerbils) aren’t the only ones getting a jab in at Donald. Since he announced his presidential candidacy, and made many a controversial and offensive remark, people have been taking the opportunity to get back at Donald for his words. From Becky G, to Hillary Clinton — even Shakira — Donald isn’t getting a break. He managed to even get David Letterman out of retirement for a special Top 10 list skewering the disgraced Miss USA leader. That’s a strong statement right there.

HollywoodLifers, are you going to Trump Your Cat? Do you think the trend is funny? Tell us in the comments and take our poll!