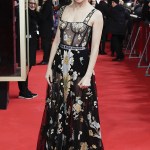 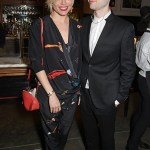 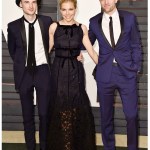 Oh no! Sienna Miller and Tom Sturridge have called it quits! The couple, who have been dating since 2011 and have a 3-year-old daughter together, were rumored to be facing some relationship hurdles recently, and sadly, it looks the reports are true — find out more.

Sienna Miller, 33, has been spotted without her engagement ring over the past few months and we were hoping there was nothing to it, but it turns out the actress and her fiancé of three years Tom Sturridge, 29, have actually broken up! Was this a nasty split or will they remain friends? We have all the details.

“Tom and Sienna split a few weeks ago but still love and respect each other as friends and parents. It’s a very amicable break-up and they intend to remain great friends,” an insider told The Sun. Their split comes two months after Sienna was spotted ringless at Cannes Film Festival, which prompted the rumor mill to start turning.

Even more recently, the two took a trip earlier this month to Ibiza with their three-year-old daughter Marlowe, who was born six months after they announced they got engaged. Sadly, the trip was not enough to save their relationship, The Sun reported.

Over the course of their 4 year relationship, the couple had no problem flaunting their affection for one another. Not only did they enjoy kissing for paparazzi, but they showed off their love in more professional pics as well when they appeared in an advertising campaign for British designer brand Burberry.

In an interview last year, Sienna gushed about her man saying, “He’s the perfect balance to my lunacy, which makes him sounds really boring but he’s not, at all,” Daily Mail reported.

HollywoodLifers, did you see this split coming? Let us know your thoughts in the comments below!