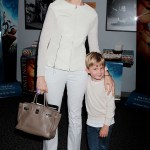 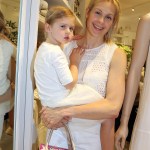 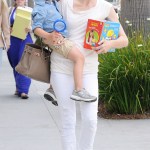 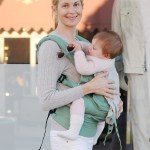 Kelly Rutherford is really soaking in the time she gets to spend with her two children Hermes and Helena Girsch. The former ‘Gossip Girl’ actress has been sharing multiple photos on Instagram of her young ones enjoying their time in New York City.

Kelly Rutherford, 46, and her two adorable children enjoyed a playdate at the Children’s Museum of the Arts in New York City, on July 13. Hermes, 8, and Helena Girsch, 6, were able to get their little hands dirty during a fun painting class.

Kelly isn’t dwelling on the legal drama that is surrounding her family these days. Instead, she’s focusing on enjoying the time she does have with her son and daughter. The happy mommy treated her two young ones to a fun day out at the Children’s Museum of the Arts — and it looked like a blast.

During their educational visit, the actress shared a fun picture of the two kids intently painting away in an art class. Although she isn’t in the photo, she captioned the snap with a cute heart emoji. She also shared a very artistic picture of the children’s paint soaked smocks. It looks like these three had a blast getting dirty!

Kelly is really trying to get her two little ones to love art as much as she does. On July 11, she took the kids to the Metropolitan Museum of Art and made sure to take some pics. In one photo, Kelly is pictured snapping a quick pic of the art, while Hermes and Helena pay no attention and played on their iPad. The actress jokingly captioned the snap, “Is anyone looking at the art? #MetropolitanMuseum 🌿#minecraft.”

Is anyone looking at the art? #MetropolitanMuseum 🌿 #minecraft

It’s so sad to think that she may not be living with her children once the summer ends. We hope she continues to fight and put on a brave face for her kids.

HollywoodLifers — do you think Kelly should be awarded full custody of her children? Sound off below!