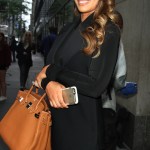 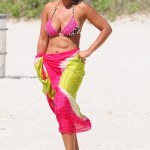 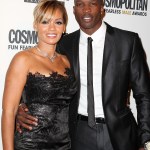 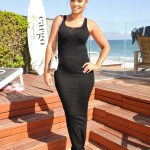 Evelyn Lozada has broken the news that she’s expecting again. Sadly, it’s not all good news. The former ‘Basketball Wives’ star opened up on July 11 during her series premiere of ‘Livin’ Lozada’ and told her daughter and fans that there’s an issue with the pregnancy. So scary!

On the series premiere of Evelyn Lozada‘s, 39, new show on July 11, she revealed big baby news. The reality star is expecting another child with her fiancé MLB player Carl Crawford, 33, but sadly, there’s an issue.

During the premiere of Evelyn’s new reality show, Livin’ Lozada, she opened up about the pregnancy news. She heads over to her daughter Shaniece Hairston‘s house to tell her that she’s six weeks pregnant. On the way there, she gets an unplanned phone call which turns her world upside down.

“It’s not good,” she explained to her daughter Shaniece, 21, while tearing up. “I went [to the doctor] yesterday and she’s like, ‘Everything seems fine.’ When I was on my way here, she left me a voicemail. She said that my hormone levels have dropped. When you’re pregnant, your hormone levels are supposed to be in the thousands; [mine] went all the way down to 50.”

She went on to day, “Most likely, I’m going to end up miscarrying the baby.” How awful! Evelyn continued to breakdown and said, “Now, I’m just walking around, like just waiting for it to happen.”

Fans will have to wait until Livin’ Lozada airs Saturday, July 18, at 9 p.m. on OWN to hear the fate of the pregnancy.

HollywoodLifers — leave your well wishes for Evelyn below!