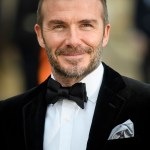 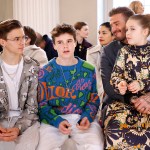 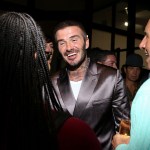 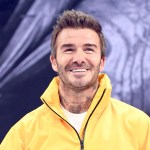 He’s much more familiar with a soccer ball, but soccer legend David Beckham showed why he’s known as ‘Golden Balls’ when he plucked a tennis ball out the air with one hand during a tennis match at Wimbledon. Watch the impressive catch right here!

Is there anything he can’t do? Soccer star David Beckham, 40, became the star of Wimbledon after he caught a stray tennis ball with one hand during a match on July 9. His impressive catch was met with the applause of the Wimbledon crowd. Perhaps David should think about a career in baseball — if he can pull off catches like that at that speed, he’ll fit right in!

During Jamie Murray and John Peers‘ doubles match against Jonathan Erlich and Philipp Petzschner on July 9, a tennis ball came hurtling towards the former Los Angeles Galaxy midfielder, but it didn’t faze David in the slightest.

No, no, no. With one hand, Becks snatched the ball out of the air like he was picking apples from a tree, much to the delight of the crowd. The audience clapped and cheered when they saw who caught the ball. In fact, even the tennis players on the court acknowledged David’s superb moment by taking a break from play and applauding themselves.

He showed how enamored he is with her by posting the cutest black and white snap of when she was very, very tiny on Instagram. He captioned the sweet photo, “Possibly my favourite picture of Harper of all time… 4 beautiful years with the most amazing little girl… Happy birthday big girl…” Awww, isn’t that sweet?

But back to his ball skills, HollywoodLifers. Are you impressed by David’s reflex catch? Drop us a comment and let us know below.