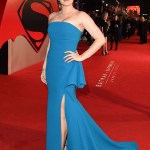 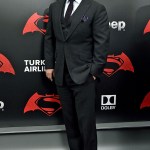 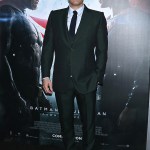 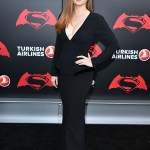 An epic new trailer for ‘Batman V Superman: Dawn Of Justice’ premiered at Comic-Con on July 11, and we’re still trying to catch our breath. It was that incredible. Click to WATCH!

Batman V Superman: Dawn of Justice is going to be one of the biggest films ever. Much to the delight of fans at Comic-Con on July 11, a new trailer was unveiled for the 2016 film, and it’s intense. Batman (Ben Affleck) and Superman (Henry Cavill) go head-to-head in the action-packed trailer, and Wonder Woman (Gal Gadot) and Lex Luthor (Jesse Eisenberg) make their grand entrance.

Now we know why Batman and Superman are going up against each other. The first moments of the trailer show the damage and destruction that Superman has unfortunately caused in Metropolis. Bruce Wayne is shocked as one of the Wayne buildings crumbles to the crowd, killing innocent people in the process. The vigilante hero feels like he has to protect the people of Metropolis from Superman.

But Superman’s not doing this intentionally. He’s trying to save people. “People hate what they don’t understand,” Momma Kent tells Superman. However, Batman’s definitely seeing a different side of the Superman situation. “He has the power to wipe out the entire human race,” Ben’s character says.

Thankfully, it appears Alfred (Jeremy Irons) is the voice of reason. “He is not our enemy,” Alfred says. PREACH! However, that doesn’t stop Batman and Superman from attacking each other. Wonder Woman also gets in on the fighting, and she looks like a total badass.

A long-haired Lex Luthor also makes his debut, and he’s as arrogant and sarcastic as it gets. “Black and blue, God versus man, day versus night,” Lex Luthor pronounces as Batman and Superman fight one another. His words will chill you to your core and make you wonder how Batman and Superman will be anything more than enemies. Remember, we still have that Justice League movie!

HollywoodLifers, what did you think of the latest Batman V Superman trailer? Who are you rooting for? Let us know!