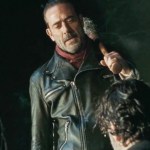 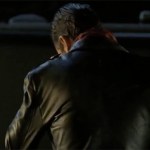 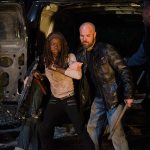 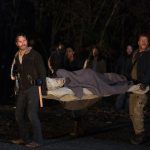 ‘Do you have any idea who the hell you’re talking to?’ That’s pretty much the theme of the season 6 trailer for ‘The Walking Dead’ that was just released at Comic-Con. The three-and-a-half minute video shows so much, we can’t even handle it.

Are you ready to go back to Alexandria? On Friday, July 10, the entire cast of The Walking Dead — including Rick (Andrew Lincoln) & Daryl (Norman Reedus) — premiered the full length trailer for the highly anticipated 6th season. Daryl fans better be ready; it looks like his life is hanging by a thread.

Will Rick have any friends left after this? I mean, it doesn’t really look like it. This trailer even shows him pit against Daryl, his ultimate ally. We won’t continue with the description. Instead, we’ll let you watch.

Here’s a quick refresher on how season 5 ended. As you might remember, the entire town of Alexandria met in Deanna’s backyard to discuss whether or not Rick should be ousted from the community. While this was happening, Rick was busy killing walkers that had weaseled their way inside Alexandria’s massive walls when no one was paying attention — because they don’t have a defense system in tact. Rick eventually showed up to the meeting to defend himself, only to be attacked by the gun slinging woman hater, Pete.

Unfortunately, when Pete tries to kill Rick he ends up accidentally killing Deanna’s husband, Reg. It’s Reg’s death that leads Deanna to finally see Rick’s side of things, and she tells Rick to kill Pete. So, of course, he does. The problem? Rick didn’t realize that Daryl would be bringing his long lost friend, Morgan, to see him at that exact moment. Morgan witnesses Rick, who looks like a lunatic covered in walker blood from earlier in the night, shoot Pete dead in front of the people of Alexandria. Morgan is horrified, because on his journey to find Rick he firmly believed that humans should not be killed at random for any reason. Whoops.

Tell us, HollywoodLifers — Are you ready for more Walking Dead? Do you think season 6 will be as good as season 5? Comment below!