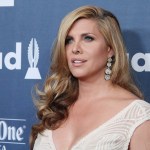 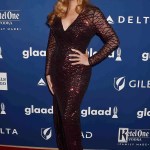 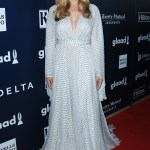 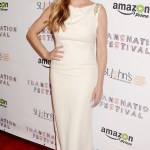 New couple alert? After spending time together in the Big Apple, rumors are swirling that Caitlyn Jenner is romancing her gal pal, Candis Cayne. If you don’t know much about Cait’s reported new lady love, don’t fret. We’ve gathered all the need-to-know facts.

Out of all the rumored celeb couplings being buzzed about at the moment, we sure hope that Caitlyn Jenner, 65, and Candis Cayne, 44, are the real deal. Because obvi, they’d make one precious pair. Their relationship has gone from friendly to flirty after they hit it off at a Pride NYC event on June 28 — allegedly. So who’s the gorgeous blonde actress who has seemingly swept the I Am Cait star off her feet? HollywoodLife.com has rounded up five vital stats about Miss Cayne!

Born Brendan McDaniel in 1971, Candis began her transition into a woman circa 1996/97. Just like Caitlyn, Candis has also put her fame to good use by becoming a major advocate for the LGBT community. “I’m not trying to be a spokeswoman for the transgender community; I just want to be looked at as a living, breathing, happy human being,” she’s said. Candis also supports the Gay & Lesbian Alliance Against Defamation.

2. She has starred in all your fave TV shows. Like, ALL of them.

Candis has quite an impressive television resume. She gained national attention in 2007, playing the role of Carmelita Rainer, a transgender woman on the prime time hit, Dirty Sexy Money. In addition, she took on another trans character (Alison Stone) in Nip/Tuck and has even guest-starred on Necessary Roughness. Best of all, though? She’s served as a mentor on RuPaul’s Drag U. WERK, hunty.

Candis is a trained dancer. After perfecting her plies in Los Angeles for one year in 1990, she moved to NYC to make a name for herself as a choreographer and drag performer. And what a name she made. Already performing as “Candis Cayne,” her mad skills garnered her an incredible amount of notoriety. So much that she was asked to appear in the cult classic film, To Wong Foo, Thanks For Everything! Julie Newmar — even before becoming mainstream!

Candis’ identical sib, Dylan McDaniel, had no problem with her transition. In fact, he was super supportive! “He was fine with it. I have been fortunate enough to not lose any family members from my transition,” she explained to Out in 2009. “But seriously, it was more comfortable for [him] that I had not changed mentally, just physically.”

5. She is no stranger to the Kardashian-Jenner clan.

In 2014, Candis actually hung out with Caitlyn’s ex-wife, Kris Jenner, 59, and her most famous daughter, Kim Kardashian, 34. She spent some time with the Keeping Up With The Kardashians stars, posing for photos together on the red carpet for an Elizabeth Taylor AIDS Foundation event last year. Awkward? Maybe just a little.

HollywoodLifers — do YOU think Candis is a good match for Caitlyn? Let us know!