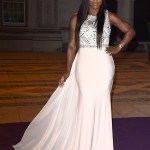 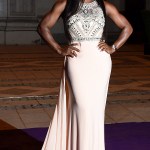 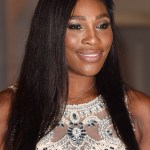 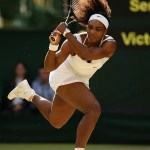 Who’s better than Serena Williams? The tennis star continues to rule the court at Wimbledon, defeating Maria Sharapova in the tournament’s semifinal on July 9. After beating Maria in two straight sets, 6-2 and 6-4, Serena now heads to the finals!

Serena Williams, 33, is unstoppable! Tennis’s living legend has absolutely dominated the 2015 Wimbledon tournament. Her longtime rival, Maria Sharapova, 28, could not stop Serena in their semifinal match, as Serena easily defeated the Russian tennis star! Now, there’s only one more match between Serena and the Wimbledon championship!

Maria hoped that she could pull off another upset, just like in 2004, when she defeated Serena at Wimbledon. It was one of the biggest wins of Maria’s career. Though, since that match, Serena has won the last 16 times she and Maria faced each other on the court. This meeting was no different. Serena easily won the first set, with a score of 6-2. Though Maria tried to rally, Serena shut her down, beating her with a final score of 6-2 and 6-4.

Though Maria tried her best, she could not overcome Serena and her incredible skills on the court. This has to sting! This loss is the second 2015 Grand Slam tournament where Serena defeated Maria, as Maria lost to the Williams sister at the Australian Open in January.

You can now add Maria’s name to the list of people that Serena has blasted through in this year’s tournament. Victoria Azarenka couldn’t slow down Serena. Heather Watson and Timea Babos fared no better, as Serena showed them and everyone why she’s possibly the best tennis player in the world.

Serena now heads to the final to face Garbine Muguruza for the Wimbledon title. It should be a great match! A lot is on the line for Serena. Securing the victory at Wimbledon would be her 21st Grand Slam tournament win! It would also clearly cement her status as one of, if not the, greatest tennis players of all time!

What a match! We can’t wait for the final! What do you think about the results, HollywoodLifers? Were you shocked by Serena’s win, or did you think that was going to happen? Did the person you want to win take home the victory?