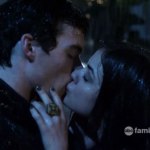 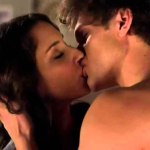 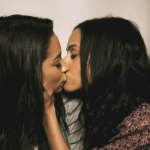 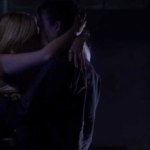 Well someone’s lying and it’s not pretty. On June 8, a Reddit thread was started by someone identifying as a ‘PA on PLL’ who was fired after failing a drug test. So, this person hosted a Q&A revealing pretty much every spoiler you could imagine — but is this person real? And how does Marlene King feel?

The bad thing about Reddit is that we have no idea if someone is who they say they are, but in this case, Pretty Little Liars fans are on high alert. After a ton of maybe true, maybe not spoilers — including the answers to “Who is A?” and “What will happen in the time jump?” — were leaked on a thread, creator Marlene King took to Instagram to call out the rumor and to remind everyone of karma! Ouch!

“No one has been fired. No one has leaked the identity of Charles,” Marlene posted on Instagram on July 8. However, she didn’t stop there. She followed it up with a photo of a bare foot stepping on a nail. Underneath the picture, the caption read, “KARMA – my belief that this happens to all a–holes in the future.”

WOW. So to fill you in on why she’s so mad, someone took to Reddit with the subject line: “I just got fired for failing a drug test from warner brothers.” The post read, “Was a PA on PLL. I was working during the finale and pretty much every episode through s6. I think I know enough.
Ask me anything. Like i give a f–k anymore.” They updated a bit later to, “EDIT: Will probably be deleting this soon. I’ve sobered up and this seems like a bad idea all of a sudden. Last looks, i’ll give you 30 minutes or something.”

A bad idea? Yeah, we’d say. Needless to say we will not be listing the spoilers, but they are on this reddit feed and the user has now deleted their profile. WARNING BEFORE YOU CLICK: there are a lot of spoilers, but who knows if they’re true or not. Do you believe it?