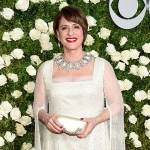 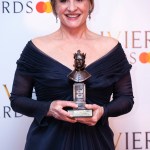 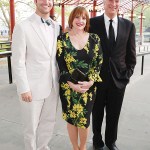 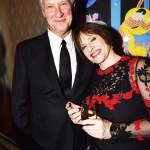 Turn off your phone during a Broadway show, or face the wrath of two-time Tony Award winner, Patti LuPone! One audience member didn’t get the memo, and while they were texting during Patti’s performance, the actress stole the phone right out of their hands!

Patti LuPone, 66, has had enough with audience members who, in 2015, have not yet learned how to put their phones away! Patti decided to teach one woman a lesson in “proper audience member etiquette.” In the middle of the show, Patti snatched the offending cell phone and headed backstage!

The “phone-napping” took place during a July 8 performance of the play, Shows for Days, at the Lincoln Center in New York City, reports Broadway.com. The woman in the audience was allegedly texting while Patti was performing. Rude! This clearly irritated Patti, because before she left at the end of the scene, she stole the phone out of the audience member’s hands. Exit – Stage right!

This isn’t the first time that Patti decided to confront the audience. In the final weeks of her 2008 revival of Gypsy, Patti literally stopped the show to scold an audience member for taking pictures! Plus, months after that, she stopped right in the middle of singing “Don’t Cry For Me Argentina” during a Las Vegas concert to yell at someone who was using an electronic device!

Patti released a statement to Playbill.com on July 9, explaining her actions. Patti said that actors like her “…work hard on stage to create a world that is being totally destroyed by a few, rude, self-absorbed and inconsiderate audience members who are controlled by their phones.”

“I am so defeated by this issue that I seriously question whether I want to work on stage anymore,” Patti said in her statement, adding that “Now I’m putting battle gear on over my costume to marshal the audience as well as perform.”

It’s unknown if Patti’s swiping of the cell phone received a standing ovation, but word of her Broadway vigilantism received critical praise from people on Twitter. Users, probably tweeting from their phones, gave kudos to Patti for being bold and declaring war on inconsiderate cell phone use.

That moment when you see #pattilupone walk off with a girl’s cell during the beginning of Act II cuz she was texting. #badass #showsfordays

If only Patti LuPone could come into our homes and take all of these accursed things away from us.

Patti Lupone is my hero. I strive to be cool enough to grab a cell out of someone’s hands while I’m performing one day.

Do you think Patti was right to take that audience member’s cell phone, HollywoodLifers? Or should she have dealt with it in a different way?