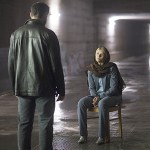 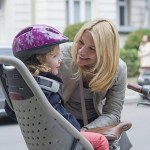 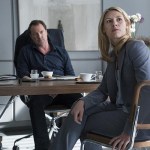 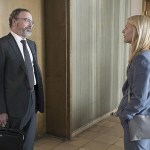 This is what a two-year time jump looks like: Saul telling off Carrie, Carrie getting captured, once again — and yes, the return of Quinn. Will they reunite? Watch the trailer here.

It’s only 30 seconds, but the new Homeland teaser for season five is i-n-t-e-n-s-e. We see Carrie Mathison (Claire Danes) get captured in what looks like two different situations. Meanwhile, we’re obviously excited about this season’s return of Quinn (Rupert Friend) who we only see for a split second and of course, everyone’s favorite, Saul Berenson (Mandy Patinkin). However, the way he’s talking to her, he may not be Carrie’s biggest fan anymore.

“[You] turned your back on your entire life. What are you doing it for? Keeping America safe? You’re being naive and stupid, something you’ve never been before,” Saul tells Carrie in the opening sequence and you can tell by her face that she is not happy. We can’t wait to see how that turns out.

In addition to the regulars, we know that a lot of brand new actors are joining the cast for season five: Miranda Otto as Allison; Sebastian Koch as Carrie’s boss Otto Düring, Sarah Sokolovic as journalist Laura Sutton and Alexander Fehling as Jonas, Carrie’s new boyfriend. I’m sure Quinn will love Jonas. It will definitely be interested to see how a new love interest comes into play!

Here is the official description of season five: “Season five will pick up two years after Carrie Mathison’s ill-fated tenure as Islamabad station chief. Struggling to reconcile her guilt and disillusionment with years of working on the front lines in the ‘war on terror,’ Carrie finds herself in a self-imposed exile in Berlin, estranged from the CIA and working for a private security firm.”

Are you excited, HollywoodLifers? Homeland will return to Showtime in the fall.