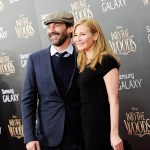 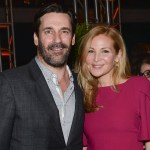 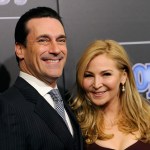 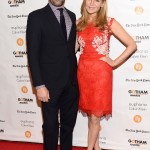 This is so sad! Jon Hamm and Jennifer Westfeldt are ending their relationship after 16 years together, according to a new report. So, what led to their heartbreaking split?

Jon Hamm, 44, and Jennifer Westfeldt, 45, seemed inseparable after being together for 16 years. But, beneath the surface of their relationship, trouble was brewing. On July 8, the longtime couple reportedly decided to end their union. The reason? Jon couldn’t commit to starting a family with Jennifer. What a heartbreaking situation all around.

After more than a decade of what seemed to be total happiness, Jon and Jennifer surprised us all and called things off for good. There weren’t any terrible transgressions between the couple, but a total dealbreaker that ended things. Jon didn’t want to start a family with Jennifer, something that she wanted badly, according to an insider who spoke to Star magazine.

“Jennifer realized that she and Jon don’t want the same things,” the source said. “So they agreed that it was time to take a step back.” This is so terrible after so many years together; Jon could have told her sooner! Apparently, Jon has said in the past that he wouldn’t “rule out” having kids, being in a committed relationship, but he did just that. Poor Jennifer.

The couple has not been seen together since January, before Jon entered a 30-day rehabilitation program for alcohol abuse. Jon’s problems with alcohol didn’t contribute to their breakup, though, according to the source. “The relationship just ran its course,” they said. Sad, but understandable. It happens to the best of us, you guys!

Jon has had a rough 2015. With his rehab stint and the fact that he had to admit to the public that he struggled with alcohol abuse, the finale of Mad Men after seven seasons, and now a painful breakup to deal with, we only hope he’ll have better luck soon.

HollywoodLifers, help us wish Jon and Jennifer best wishes in the comments and be sure to take our poll.