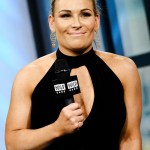 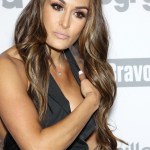 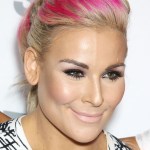 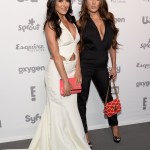 ‘Total Divas’– and total drama! On the upcoming season, we’re in for lots more wrestling, of both the literal and emotional variety. Series stars Nikki and Brie, AKA the Bella Twins, told HollywoodLife.com about all the craziness we can expect in season four!

Total Divas is returning to E! for its fourth season and before the premiere on July 7, we chatted EXCLUSIVELY with the divas themselves, Nikki Bella and Brie Bella. The WWE divas dished about Brie’s quest to become a mom, whether Nikki will ever get married, and even Nikki being a “third wheel!” Um, ouch!

“You get to see where [Daniel Bryan] and I are with our careers,” Brie told us EXCLUSIVELY about what we can expect from she and her hubby this season. “I’m still wanting to be a mother. I have crazy baby fever. [Nikki] is already Auntie Cocoa.”

But will Brie be able to have a baby? That question will be answered this season, Nikki informed us. Speaking of family, we’re also going to see more of Nikki’s relationship with Daniel in the upcoming episodes. “He picks on me like no other,” Nikki said of her brother-in-law. “She’s our third wheel a lot,” Brie added.

But perhaps Nikki won’t be the third wheel for long. “I think I am gonna get married one day, by the way,” she said. “[My boyfriend John Cena] and I are doing really well, but he’s very busy and we also realize like, I don’t know, I don’t really talk about the marriage and kids stuff anymore. I think when you kinda know who you’re with and what they’re about, you kind of accept them for that.”

Brie is also backing up Nikki and her chilled out view on marriage. In fact, she had a much more productive use of everybody’s energy. “Everyone prays for Nikki to get married, but can everyone pray for me to get a walk in closet?”she said. Will do, Brie!
Are you excited for the new season of Total Divas?