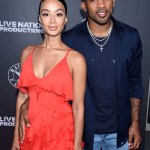 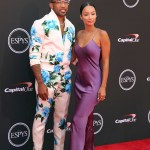 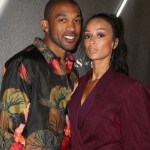 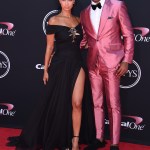 Another couple bites the dust. Dallas Cowboys star Orlando Scandrick has called off his engagement to reality star Draya Michele — after less than one month of being engaged!

Oh no! Looks like there won’t be wedding bells ringing for Draya Michele, 30, and Orlando Scandrick, 28, after all. Less than one month after proposing to the gorgeous reality star, Orlando confirmed their relationship was dunzo, calling it a “poor decision to propose.” HollywoodLife.com has learned EXCLUSIVE details into their messy split.

It seems like the sparks have died out between Draya and Orlando. The Dallas Cowboys cornerback confirmed to TMZ that he called it quits with the reality star. “I have made the decision to call off the engagement and permanently end the relationship I had with Draya,” Orlando told the outlet. “In hindsight, it was a poor decision to propose.” Ouch!

It sounds like it wasn’t exactly a friendly parting, as HollywoodLife.com has EXCLUSIVELY learned that Draya is absolutely distraught. “Draya is extremely emotional and downright crazy. The relationship was toxic and they just should never have been together,” an insider told us, adding, “Orlando is a great man and father but they just couldn’t make it work together.”

Orlando seems like he’s more than ready to leave their relationship in the past, as he told TMZ, “I am anxious to move on with my life both personally and professionally.”

The father of two popped the question to the Basketball Wives LA star in June, just one month after they had ended their serious two year relationship. He seemed very eager to show major commitment, as he proposed with a huge diamond ring. Unfortunately, it doesn’t seem like it was meant to work out between them after all.

What do YOU think, HollywoodLifers? Are you bummed that Draya and Orlanda are over? Will they get back together? Sound off below!