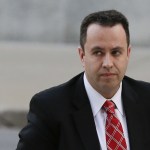 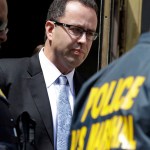 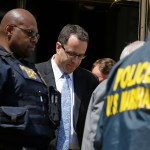 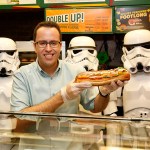 Yikes — Jared Fogle, the Subway spokesperson, got a surprise home visit from the FBI! The reason for the raid, it seems, was to conduct a child pornography investigation — find out more!

Jared Fogle‘s Boone County home was raided by federal and state FBI agents on the morning of July 7. The man known as “the face” of the Subway restaurant chain was spotted walking investigators into his home after they parked their FBI truck in his drive way. Their visit is reportedly in connection with a child pornography investigation that has to do with the arrest of one of Jared’s business partners — don’t worry, we have all the details!

Since the arrest, Jared said his foundation was “severing all ties” with Russel. It is being reported that the raid on Jared’s home is connected to Russel’s previous arrest, however, officials have not conformed this to be true. At the time of Russel’s arrest, Jared also released a statement in which he said he was “shocked” over the allegations, according to FoxNY.

Jared, who is famous for dropping over 200 pounds by eating Subway sandwiches in the year 2000, has taped over 500 commercials for the restaurant chain. Since then, Jared has founded the Jared Foundation, a charity to prevent childhood obesity, which Russel was the executive director of. Jared’s recent home raid is still a developing story.

Update: Subway released this statement about the situation:

“We are shocked about the news and believe it is related to a prior investigation of a former Jared Foundation employee. We are very concerned and will be monitoring the situation closely,” according to ABC News.

“Jared has been cooperating, and continues to cooperate, with law enforcement in their investigation of unspecified charges, and looks forward to its conclusion,” Ron Elberger, Jared’s lawyer, also said in the statement.