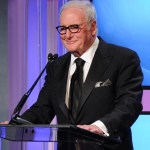 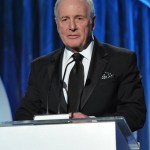 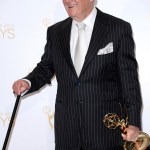 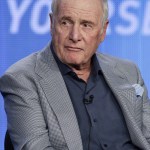 So heartbreaking. Jerry Weintraub, the mega Hollywood producer behind the ‘Ocean’s 11’ remakes, ‘Karate Kid,’ and more, died on July 6 at the age of 77. Find out all the details here.

Jerry Weintraub, one of Hollywood’s biggest and most successful producers, died suddenly on July 6 at the age of 77. The man who produced the new Ocean’s 11 series, as well as the Karate Kid movies and more, was in failing health before his tragic death, a new report claims.

Jerry was allegedly at his Palm Springs home, surrounded by family, when he passed, but his cause of death is unclear, according to TMZ. All that’s known is Jerry’s health was failing recently.

Over his illustrious 40-year career, Jerry has produced, managed, and promoted many stars including Led Zeppelin, Bob Dylan, Elvis Presley and John Denver. He produced the Ocean’s movies, starring Brad Pitt and George Clooney, as well as the Karate Kid films, and Vegas Vacation. He also won three Emmy awards — his most recent one was for producing HBO’s Behind the Candelabra, starring Michael Douglas and Matt Damon. He also received a star on the Hollywood Walk of Fame.

“In the coming days there will be tributes, about our friend Jerry Weintraub. We’ll laugh at his great stories, and applaud his accomplishments. And in the years to come the stories and accomplishments will get better with age, just as Jerry would have wanted it. But not today. Today our friend died. To his family and friends, Amal and I send our love. And to those who didn’t know him we send our deepest sympathy. You would have loved him,” George Clooney said in a statement to HollywoodLife.com’s sister site Variety.

Other stars who have worked with Jerry also mourned his death on Twitter.

So sad at loss of Jerry Weintraub, you were 1 of a kind, my friend. Last of a breed. So glad I got to be “that kid” pic.twitter.com/ebN7p8ptUL

To my great sorrow, my friend and former producer Jerry Weintraub has died suddenly. He was loved And admired. God bless him.

Jerry was currently working on the new Tarzan movie, due out next year.

Our thoughts go out to Jerry’s family and friends during this difficult time. This is truly heartbreaking.