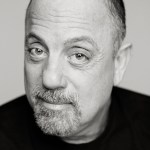 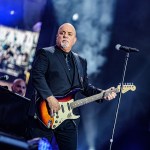 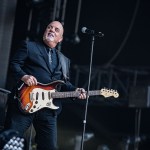 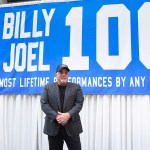 Billy Joel and Alexis Roderick surprised family and friends at their annual 4th of July party by getting married! The couple is also expecting their first child together this summer. Congrats to the newlyweds!

Billy Joel, 66, is a married man again! The music legend wed his longtime girlfriend Alexis Roderick, 33, in a surprise ceremony on July 4. The couple said “I do” in front of family and friends at Billy’s Long Island estate. This is a special time for Billy and Alexis — they will also be welcoming a baby in the coming weeks.

Looks like we’ve got a new set of newlyweds on our hands! Billy and Alexis “surprised guests at their annual July 4th party by exchanging vows in front of their family and close friends,” the singer’s spokeswoman told HollywoodLife.com.

The ceremony took place at Billy’s residence on Long Island and was presided over by close friend and New York Governor Andrew Cuomo, 57. Billy’s daughter Alexa Ray Joel, 29, and actor Kevin James, 50, were among the guests at the surprise wedding.

The couple has been together since 2009. Alexis said they met at a restaurant in Long Island, according to New York Daily News. Alexis is a former Morgan Stanley executive and a skilled equestrian. Billy and Alexis announced they were expecting a child, a baby girl, in April 2015.

We are so happy for Billy and Alexis. We wish them all the happiness as they start this new chapter in their lives.

HollywoodLifers, are you surprised Billy and Alexis got hitched? Do you think this marriage will last? Let us know!