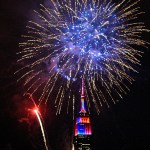 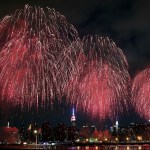 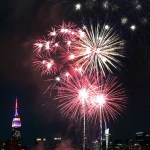 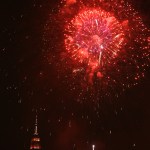 One of the most exciting parts of celebrating the Fourth of July has finally arrived — Macy’s 4th of July Fireworks Spectacular. Catch the amazing show online by watching this live stream!

Macy’s 4th of July Fireworks is one of the most highly-anticipated events of America’s Independence Day. From incredible performances to breathtaking fireworks, the show is always a sight to behold. Watch the whole event right here with this live stream!

The event kicks off at 8:00 p.m. ET and will be hosted by NBC’s Willie Geist and Tamron Hall. The fireworks will be set off above the East River in New York and can be seen in Manhattan, Queens and Brooklyn. However, you don’t need to be close by to watch the Spectacular. You can watch from the comfort of your computer! (CLICK TO WATCH THE LIVE STREAM.)

All you have to do is verify your television provider and you’re in! Pretty easy, right? The Macy’s 4th of July Fireworks Spectacular is essential to celebrating the Fourth of July each and every year. The biggest and best fireworks are put on display for all to see.

But that’s not all there is to see. The event will also feature a star-studded lineup of performances. Ed Sheeran, Dierks Bentley, Kelly Clarkson, Brad Paisley, Flo Rida, Rodney Atkins and more will perform. The United States Air Force Band will also put on a show. Gloria Estefan will debut her new song “America.” Sounds like quite a night!

HollywoodLifers, which performance are you most looking forward to? Or are you more of a fireworks person? Let us know!