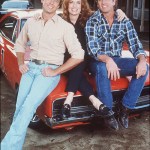 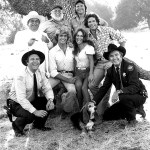 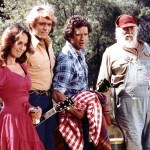 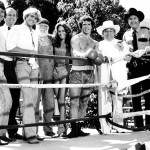 Bo Duke is speaking out! After TV Land cut ‘Dukes Of Hazzard’ reruns amid the Confederate flag controversy, star John Schneider blasted the network for dropping the beloved show. He’s hurt that Dylann Roof’s horrific actions in Charleston are causing the show to be seen in such a negative light.

TV Land pulled Dukes of Hazzard reruns on July 1 in the wake of the Confederate flag controversy surrounding the devastating June 17 shooting in Charleston, S.C. The Confederate flag is prominently featured on the show atop the legendary Dodge Charger, the General Lee. John Schneider, 55, also known as Bo Duke, is slamming the network for cutting the show in an all-new interview.

“The Dukes of Hazzard was and is no more a show seated in racism than Breaking Bad was a show seated in reality,” John told The Hollywood Reporter. “I am saddened that one angry and misguided individual can cause one of the most beloved television shows in the history of the medium to suddenly be seen in this light. Are people who grew up watching the show now suddenly racists? Will they have to go through a detox and a 12-step program to kick their Dukes habit? ‘Hi… My name is John. I’m a Dukesoholic.’”

TV Land declined to comment on the reason behind cutting the show’s reruns, according to PEOPLE. However, it is likely due to its depiction of the Confederate flag. The flag has come under massive scrutiny after suspect Dylann Roof shot and killed nine people on June 17 in a racially motivated church shooting.Dylann was a supporter of the Confederacy, which was a symbol in the 19th century for the defense of slavery.

John wants reruns of the show to continue because of the old-fashioned values it depicts, including honesty, courage and chivalry. He thinks people who criticize the show just because it features the Confederate are missing the point of the show.

South Carolina governor Nikki Haley demanded the removal of the Confederate flag from the State House after the June 17 massacre. “Today we are here in a moment of unity in our state, without ill will, to say it’s time to move the flag from the capitol grounds,” she said.

HollywoodLifers, do you think TV Land should have dropped Dukes of Hazzard reruns? Let us know!