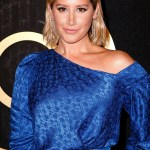 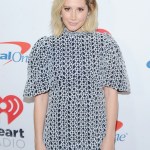 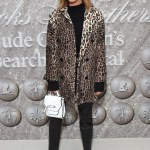 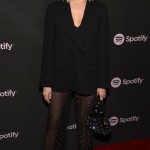 Happy Birthday, Ashley Tisdale! The ‘Clipped’ star turned 30 on July 2, and she had so much to celebrate — from a new show to her first year as a married lady!

Ashley Tisdale, 30, has literally grown up before our eyes, and we can’t help but wonder where in the world time went? Ashley has moved far from those Disney days, and even tied the knot last September. Take a look at Ashley’s major year!

In a secret wedding on September 8, Ashley married Christopher French in a beautiful and private ceremony in Santa Barbara, California. While Ashley has kept a lot of the details from her special day private, her wedding planner, Lisa Vorce, described about the theme as “all things rustic and romantic,” to People.

Another big moment for Ashley was when she graced the cover of the June issue of Health magazine. In the pages of the magazine, she talked about her brand new TBS show Clipped, and the struggle it was to land the role. “In anything I’ve ever gotten, if something comes easy, it’s probably not going to be as good,” Ashley revealed. “Even with Clipped, I kept having to go in to prove that I was this character. I was like, “I can do this.” I’m used to playing sarcastic characters with the snippy little lines, and this is more of the girl that everyone wants to hang out with. From Hellcats to High School Musical—for every single one of those projects, I had to go back in more than usual just to prove I could do it.”

You guys my face is HUGE on that poster!!! I've done a lot of projects in my life but this is something really special. This cast is my family and are all so talented, I'm so lucky to learn and hang out with them every day @laurenlapkus @magicmikecastle @dionareasonover @mattcooktookpics @ryan_pinkston #georgewendt #getready #June16th #Clipped @tbsnetwork

Her new show Clipped debuted in March, and we luckily were able to track down the busy actress last month. “I would like to get one of my costars on the show from High School Musical,” she told us. “That would be so much fun. I would love to do something like that…I think that any of them would be down. It’s their schedules that are so insane. We almost tried to get Zac, but he is literally back to back with movies and not in town. And Vanessa’s not in town. But hopefully, if we get a second season, we’ll be able to do more cameos like that!” Since it’s been 10 years since High School Musical, we would love to see a little reunion happen on Clipped!

HollywoodLifers – Wish her a happy birthday in the comments below!