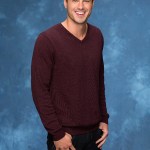 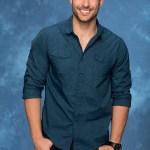 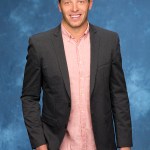 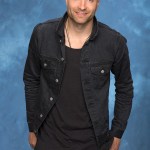 Uh oh. Don’t expect a bromance to be brewing between Shawn Booth and Nick Viall anytime soon. Despite their mutual love for ‘The Bachelorette’ Kaitlyn Bristowe, Shawn reportedly thinks that deep down, Nick is a total ‘scumbug.’ Find out the deets!

Shawn Booth and Nick Viall seem to have only one thing in common, and that’s Kaitlyn Bristowe. The Bachelorette has great chemistry with both guys, but after she slept with Nick, Shawn is heartbroken! In fact, Shawn is upset that she slept with Nick in particular and reportedly has quite a few nasty things to say about him — trust us, it’s not pretty!

On the July 6 episode of The Bachelorette when Nick is spending the night “as a couple” with Kaitlyn in the fantasy suite, Nick is not at all happy, and he decides to confront his mortal enemy, according to Us Weekly. In fact, it’s the first time he calls Nick by name, as he’s been referring to him as “the other guy!” “They just let each other know they hate the other,” says the source. “All Shawn wanted to do was say, ‘I think you’re a scumbug.'”

Wow — it sounds like some serious drama is going to go down! Of course, we understand that Shawn’s heart was broken after Kaitlyn slept with Nick. Shawn and Nick haven’t always exactly seen eye to eye either. Shawn even said on the June 22 episode that Nick isn’t trustworthy and doesn’t care about anybody else.

Shawn Almost Quit ‘The Bachelorette’ Upon Finding Out About Kaitlyn & Nick

We feel for Shawn. Finding out the person you love is sleeping with someone else (and someone else you dislike) is truly heartbreaking. Kaitlyn was full of guilt after sleeping with Nick and even confessed to Shawn thinking he already knew. Not exactly. Poor Shawn was “distraught” and actually considered leaving the show, according to the mag.

“He absolutely thought about leaving,” the source said. “Every instinct for Shawn was to leave. The fact that it was Nick really hurt Shawn.”

What do YOU think, HollywoodLifers? Do you wish Shawn and Nick would become friends? Let us know!