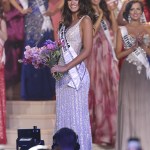 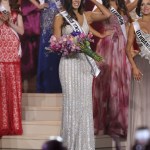 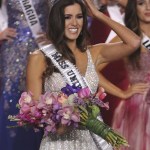 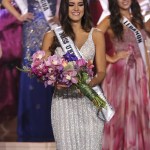 The Miss Universe competition is still going to be held this year, but Mexico has officially pulled out of the race due to Donald Trump’s insensitive comments about immigration — we have all the details!

“For Televisa, any commercial relationship with the Miss Universe pageant and with the companies of the Trump organization is unacceptable,” Televisa said in a statement. The spokesman also said that a Mexican contestant would not be sent to the pageant this year.

As for the upcoming Miss USA pageant, it will not be aired by NBC but it will still be happening. “The 2015 Miss USA pageant will still take place in Baton Rouge on July 12. We are disheartened by recent events but the show will go on,” the Miss Universe organization said in a statement. “It is unfortunate that recent events beyond our control have only served to negatively impact the women who participate in the pageant, our state directors, our sponsors and our fans. We want our supporters to know we remain committed to them and we will be conducting the pageant, regardless of the current situation.”

In case you missed it, this drama is because Donald made anti-Mexican remarks on June 16, in the middle of a his speech in which he announced his decision to run for president. He said, “When do we meet Mexico at the border? They’re laughing at us, at our stupidity. And now they are beating us economically. They are not our friend, believe me. But they’re killing us economically.The U.S. has become a dumping ground for everybody else’s problems. When Mexico sends its people, they’re not sending their best. They’re not sending you. They’re sending people that have lots of problems, and they’re bringing those problems with them. They’re bringing drugs. They’re bringing crime. They’re rapists. And some, I assume, are good people. It’s coming from more than Mexico. It’s coming from all over South and Latin America, and it’s coming, probably — probably — from the Middle East.”

HollywoodLifers, do you think Mexico made the right decision to pull out of the Miss Universe competition? Let us know your thoughts in the comments below!