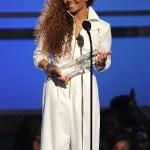 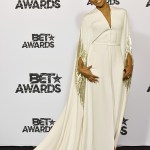 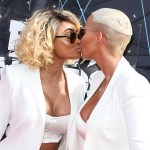 The crowd of A-list stars were visibly inspired by Smokey Robinson’s Lifetime Achievement Award speech at the BET Awards on June 28, and in the press room, he offered up some super helpful advice to those newer artists about staying humble. Find out what he had to say!

Smokey Robinson, 75, has been in the music biz for 60 years, so his advice is super valuable! And lucky for today’s hit musicians, the Motown legend is very open about offering up everything he’s learned, and he did just that at the 2015 BET Awards. Get the scoop on his invaluable advice here!

“For those of you pursuing show business, I can say to you…show business is a world of accolades and pedestals and people giving you praise and stuff like that,” he explained. “But I say to you…remember where you came from, and no matter how high your head is in the clouds, you had better try and keep your feet on the ground. Know there is nothing unique to you, you didn’t start it, and you ain’t gonna finish it.”

While accepting the major honor on stage during the show, Smokey had similar advice to stars like Rihanna, Terrence Howard and more, who were watching intently and with awe. “For those of you who are fortunate enough to get a taste and get drunk on yourselves and become self-absorbed .. there are so many people in this world who wish they had one person who they felt love them,” he said. “And for you to become hearty and self-absorbed because millions of people around the world, most of them you’ll never know or never meet, love you, it’s so ridiculous. You should be thankful. It’s a blessing. We all should know from who our blessings come. You didn’t start this. You are not the first in line. The line started way way way way before your great, great, great grandparents were born. Also, you are not the end of the line. It didn’t start with y’all, and it’s not going to end with ya’ll, so don’t be so full of yourselves.”

But even though Smokey has been around for a considerable amount of more time than the group he was addressing, he also admits that he, himself, is humbled by the success of newer artists. “I listen to everyone,” he gushed. “I listen to what the younger people are doing nowadays because I’m still competing with them. I want a slot on the radio. I want people to go out and buy my albums, so I’m still competing with them. So I listen to them to see what they’re doing. And I enjoy their music. I think it’s a bad mistake for people to put them down.”

HollywoodLifers, tell us: What do you think of Smokey’s advice?