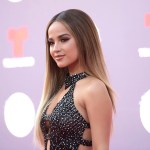 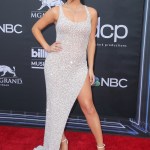 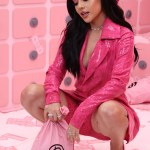 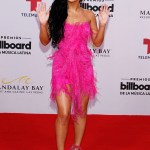 Go Becky G! The singer was NOT happy with Donald Trump’s insulting comments about immigration, and she made it known with a new song, ‘We Are Mexico.’ What a powerful message!

Becky G, 18, had a lot to say, and she did it the way she knew best — by singing it loud, and singing it proud! Her new song, “We Are Mexico,” is a profound message to Donald Trump, 69, who made extremely racist comments about Mexican immigrants during his speech announcing his presidential candidacy on June 16. What a brave and wonderful thing to do!

If it wasn’t clear that the song was aimed at Donald, Becky spelled it out clearly in the video’s description on YouTube when it was published on June 26: “This is for you Donald Trump.” All bets are off, Donald! The song is a beautiful ode to life as a Mexican-American. She describes working hard and working late, and a strong connection to family and friends — a stark contrast to Donald’s highly derogatory comments.

“When Mexico sends its people, they’re not sending their best…They’re sending people who have lots of problems,” Donald said. “They’re bringing drugs, they’re bringing crime, they’re rapists, and some, I assume, are good people.”

“I’m just here to let you know: If you don’ know, now you know. We are Mexico. It don’t matter where we go. Viva Mexico,” Becky sings triumphantly in response. It’s a powerful song that puts Donald in his place and truly makes him look small for his horrible insults. Becky isn’t letting his words bring her down, and she’s letting others know that they shouldn’t either!

Donald should be a little worried, too. He better not make Becky mad anymore, because this version of the song is only 1:20 long and she’s packed a serious punch. Just think of what she could pack in a full-length song!

Hopefully the message is going to get through Donald’s head. Even after NBC fired him on June 29 for his immigration comments, he still wouldn’t apologize, or back down for his stance. How terrible. The network cut all business ties with The Donald, meaning they won’t air Miss USA or Miss Universe, and Celebrity Apprentice is continuing with another host. That’s right — Donald’s the one who’s been fired this time! Burn!

HollywoodLifers, what do you think about Becky’s song? Do you think Donald will respond? Tell us in the comments and be sure to take our poll!