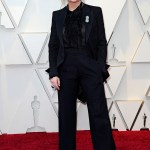 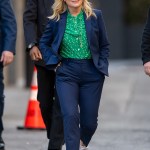 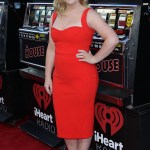 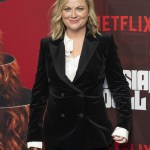 Are you ready for this jelly, Tinamy fans?! HollywoodLife caught up with ‘Inside Out’ star Amy Poehler at the 17th Annual Del Close Marathon to press her for deets on the upcoming comedy ‘Sisters’. Though it’s not due until December, Amy was happy to spill the beans on the film and her other half, Tina Fey!

December couldn’t be further away! I’m going crazy with anticipation for Sisters, starring Amy Poehler, 43, and Tina Fey, 45. On one of the best evenings of my life, I was lucky enough to encounter Amy on the red carpet on June 26 at the 17th Annual Del Close Marathon and grill her for details on the film — so far, the only taste we’ve got is a 21-second teaser, which is a gross injustice. See what Amy had to say about reuniting on a film with her BFF, Tina, for the first time since 2008!

The months are inching by, but come this winter, you will find me camping out in line for tix to see the party movie of the year: Sisters! It’s no secret that Amy Poehler and Tina Fey are my favorite people on the planet, and everything they touch turns to gold (seriously, if you haven’t watched Baby Mama yet, you’re missing out)! Fortunately, they’re both as lovely and hilarious in person as one could imagine, and when I told her that I would die if I didn’t get more details on Sisters, Amy was happy to comply.

“If you like Tina and I and you like sisters, you’ll like Sisters!” Amy told HollywoodLife EXCLUSIVELY. “Yeah, you guys are okay,” I replied casually, while having a mental party over the fact that my fave had just brought up my other fave. “That’s my quote,” Amy grinned. “If you like us, if you like us being sisters, you’ll love Sisters.”

That’s basically all I needed to hear, not I’ve thought even for a second that I won’t love every inch of this movie. We haven’t seen Tinamy on the big screen for an extended period of time since Baby Mama in 2008 — that Anchorman 2 cameo was not nearly enough — and another feature film together is long overdue. I can’t believe I’m saying this, but winter can’t come fast enough!

‘SNL’ Alum Rachel Dratch: Why Everyone Will Like ‘Sisters’!

At the 2015 Shorty Awards back in April, I was lucky enough to chat with Saturday Night Live vet Rachel Dratch, who also stars in Sisters! “I think it’s going to be really funny,” Rachel told us. “It’s not just a chick movie. It’s an everyone-funny movie — it’s a party movie!” Say no more, Dratch. I’ve no doubt that Sisters will be a huge celebration of funny ladies, thanks in part to a script by SNL writer Paula Pell. You won’t want to miss this one!

HollywoodLifers, how pumped are you for Sisters?