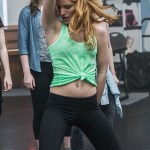 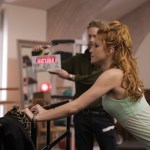 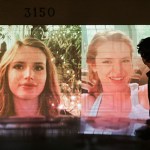 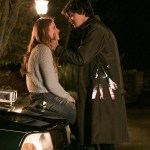 This is definitely a side of Bella Thorne we have never seen! In this exclusive sneak peek of Lifetime’s original movie, ‘Perfect High,’ we see her character, Amanda, getting her serious party on — and it doesn’t end well.

Bella Thorne may still only be 17, but this girl can act. She’s taking on a role of a small-town girl, turned heroin-addict in Lifetime’s new movie Perfect High, which will air on June 27. We don’t actually know too much about the role, but do know that it’s nothing that she’s done before! Watch this HollywoodLife.com exclusive sneak peek.

Bella plays an incredible high school dancer who is sidelined due to a knee injury. When she uses prescription painkillers and feels isolated, she meets a new group of friends and quickly joins in on their “pharm” parties — yes, sharing her pills. It has it’s up sides like falling in love, but it also raises concerns for all of her old friends and family, when it ultimately leads to heroin, changing the lives of everyone in the group.

In this clip, we see her partying along with her new group of friends — and dancing on that hurt knee, which clearly wasn’t at all what the doctor ordered. Producer Sheri Singer realized the movie’s subject was an important one when she realized “heroin was no longer a street drug that was bought in back alleys but in fact was being sold at schools, Starbucks, parking lots. Normal, good kids were getting involved in doing it and often the gateway drug is painkillers from the medicine cabinets of their parents and relatives.” Producer Tina Pehme said. “One thing you’ll see in our film is the realistic progression, how just an ordinary girl goes from getting a prescription for an injury into a full-blown drug addict. It’s one little step at a time. And it can happen to anyone. It could be you. It could be your child.”