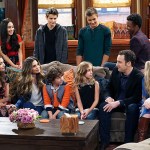 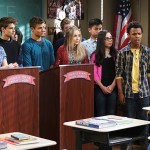 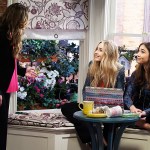 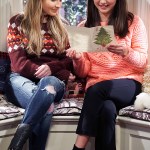 There’s another ‘Boy Meets World’ reunion on the way! Disney just confirmed that Matthew Lawrence will reprise his role as Jack Hunter on an upcoming episode of ‘Girl Meets World.’ And based on newly released pics, it looks like Jack and Eric’s bromance is still going strong!

Not only are Angela (Trina McGee), Chet (Blake Clark) and Mr. Turner (Anthony Tyler Quinn) making a comeback in the Boy Meets World universe, but Disney has just confirmed that Jack Hunter (Matthew Lawrence) will also return during a season two episode of Girl Meets World. We’re so stoked!

While we certainly loved seeing Shawn (Rider Strong), Eric (Will Friedle) and Mr. Feeny (William Daniels) reprise their Boy Meets World roles on the Disney Channel reboot series, the announcement of Matthew’s return is pretty much the best news ever! Talk about serious eye candy. And not just that — thanks to Jack Hunter’s return, we’ll also get to see the resurrection of his bromance with Eric.

Matthew will appear in an upcoming season two episode of Girl Meets World, and based on the photos released by Disney, it looks like Jack might be attending some sort of dance or wedding with all of our favorite characters. He’ll also get to spend some quality time with Eric. We’re dying!

William Russ and Betsy Randle, who played Cory’s parents Alan and Amy Matthews, also returned for a special episode during season one.

What do YOU think, HollywoodLifers? Are you happy that Matthew Lawrence is reprising his role as Jack Hunter? Who else do you want to see return for Girl Meets World? Tell us!