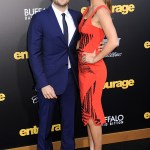 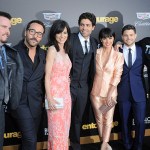 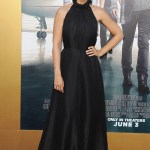 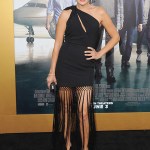 The first ‘Entourage’ movie has not even officially premiered yet, but already we’re looking ahead. And it’s a good thing! We spoke with a ton of the cast and creative team EXCLUSIVELY– and they revealed to us whether they’re on board for a sequel!

The Entourage movie, the big screen adaptation of the smash hit HBO series, will hit theaters on June 3, and fans are basically losing their minds with anticipation. Well, adding to that, we caught up with Kevin Connolly, Jerry Ferrara and more from the movie, and they revealed to us EXCLUSIVELY some of their favorite moments from filming, who they most enjoyed working with and– yup!– if they’d be down to do a sequel.

It’s never too early to look to the future. By future, of course we mean an Entourage sequel. We caught up with a ton of the cast and creative team at the New York screening of the film, presented by Johnnie Walker Scotch Whisky at the Paris Theater, and asked the question on everybody’s minds: Will we get more E and Turtle in our futures?

Jerry Ferrara said, “absolutely,” as to whether he’d be interested in doing another film. “At this point, we’re going on over ten years playing these characters, and I think I’m going to keep it going as long as we can,” he added.

Kevin Connely kept it short and sweet, but equally optimistic. “Yeah, I am on board!” he said. “I’m in.”

Okay, so the actors are interested, but that means nothing if series creator, Doug Ellin, isn’t also on board. “If people want to hang out with these guys more, we can do another [movie],” he said. “It’s not the plot driven thing that it needs to be, so hopefully people want it. We’d love to do another one.”

Of course people want it! Duh!

Would you want to see another Entourage movie, HollywoodLifers?