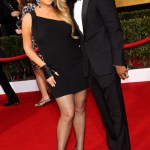 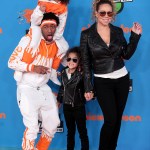 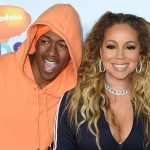 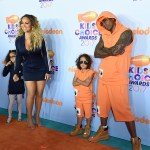 We’ve got ‘Idol’ drama! Former ‘American Idol’ judge Mariah Carey has thrown some serious shade at the show, calling the experience one of the ‘worst of my life.’ Now, we’ve got EXCLUSIVE details about how the producers are dealing with Mimi’s comments!

In a distant time called 2013, Mariah Carey served as a judge for a sole season of American Idol. Mariah was on the panel opposite Nicki Minaj, and it’s no stretch to say that the two didn’t exactly get along. However, on May 27, Mariah did an interview and expressed just how much she disliked her time on the show, saying, “That was the worst experience of my life,” even calling the entire thing “fake.” Now, we have EXCLUSIVE details about how those associated with the reality series are feeling about Mariah’s harsh words and, not surprisingly, they aren’t happy.

Mariah Carey has totally blindsided American Idol with her berating comments. In fact, sources have revealed to us EXCLUSIVELY that many feel her remarks are downright disrespectful.

“Everyone from the crew to the producers to upper level management hated Nikki Minaj with a passion and, though they know it didn’t work out, they thought Mariah was overall a nice and professional person to deal with,” said a source. “She did her job and they were happy with her. But her recent words of disliking her experience totally blindsided them and they feel that it was unwarranted and overall rude of her to say what she said.”

Well, can’t say we disagree. Along with calling the experience the worst of her life, Mariah elaborated on why she found the whole thing to be so negative. “I’m not going to get into what it was, but let’s just say I don’t think they had any intentions for us to have a good experience doing that show,” she said on the Kyle & Jackie O show. “Pitting two females against each other wasn’t cool. It should have been about the contestants instead of about some nonexistent feud that turned into even more ridiculousness. I would never want to be involved with it again.”

What do you think about Mariah’s comments? Do you agree with producers that she’s being rude?